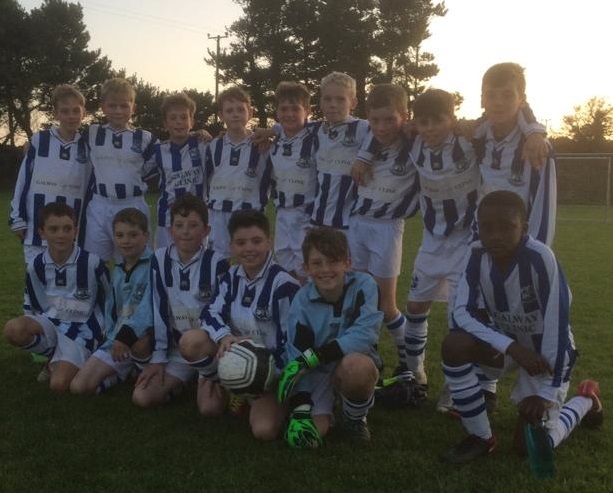 The adult Premier A side advanced on Sunday in Bohermore in the FAI Junior Cup when they defeated Galway Hibernians on a 4-2 scoreline after leading 3-0 after 40 minutes.

The goals arrived courtesy of a Malachy Black hat trick and a neat John Latchford finish.

The Adult Division 3 side were pipped on penalties by Mayo Premier League club Fahy Rovers in the Connacht Junior Cup, the game finished 1-1 with the goal coming from Mike Fahy. The dreaded spotkicks saw us go down. 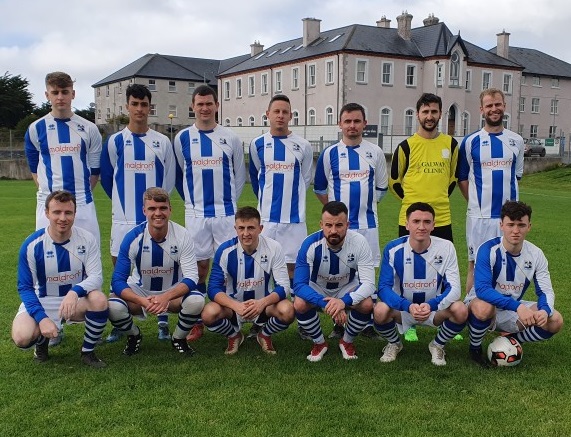 The most interesting game of next weekend is undoubtedly the derby clash next Saturday in Oranmore where Maree/Oranmore A take on Maree/Oranmore B at 2pm in Oranmore. Both sides now have a good flow of younger players now emerging from successful underage sides in our club.

We wish both sides the best in a keenly contested encounter.

One of the best results over the weekend in the club was in the u16 Connacht Cup when a strong performance in Drom saw the Maree/Oranmore lads defeat Salthill Devon on a 5-3 scoreline with the goals courtesy of Ben Costelloe, Gavin Smyth, Killian Bolly and a brace from Sam Lund.

A fine result from Kevin Costelloe and Mike Quirkes charges.

There was no joy for Maree/Oranmore B in the u12 connacht Cup against Corrib Celtic, loosing out in extra time despite a good Yassin Abdelmagid goal in an overall strong team display.

However the other Maree/Oranmore fc side in the u12 connacht cup on Friday night managed by the hardworking Kieran O Connell and Wesley Coyne defeated Athenry fc C on a 4-1 scoreline with neat finishes from Noah Coyne, Shane O Connell, Kian Kirrane and Tom Furlong to record a good win.

This weekend sees a plethora of club teams in Connacht and Irish Cup action.

A good win for the management duo of James Fallon and James Dalmeny and their eager squad.

The u12 division 5 side drew 2-2 away on Saturday last in the League against Bearna Na Forbacha Aontaithe with Adam Fahy netting a brace.

The numbers in our u6 to u10 Boys and Girls Academy continue to grow each Saturday afternoon, however to train and play you must first register your child. You can do so by downloading the Clubzap App.