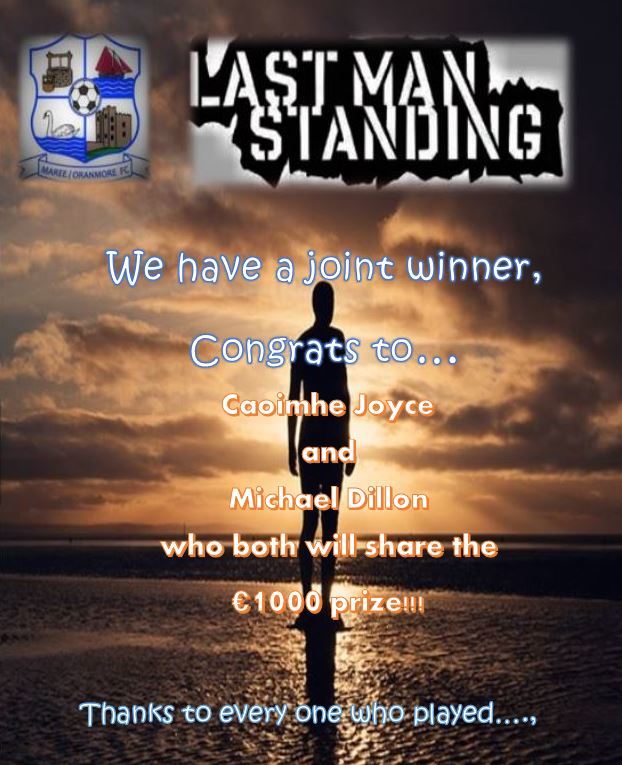 The clubs Last Man Standing Jackpot of 1000 euro will be shared among two wily punters Caoimhe Joyce and Michael Dillon. Thanks to all who supported this and to the very hard work of organiser Brian Geraghty. The club will hope to host Last Man Standing 2 in a few weeks time.

The u12 premier and u14 premier boys sides both advanced to the last 8 of their Connacht Cups. The u12 lads defeated a gallant Moyne Villa side in Oranmore last Saturday on a 4-1 scoreline with goals coming from a brace from Jonathan Smith and one each from Cillian Costello and Barry Keating.

The u14 Premier Lads travelled the long distance to Ballinamore, Co Leitrim and they came away with a narrow 1-0 win against the local Abbey Rovers side with an og after 29 minutes. A sticky pitch and a stubborn home side saw few chances arise.

In League action the u12b side who play in Division 2 defeated Corofin Utd 2-1 with Ethan Reck and Mark Kelly netting.

The u14b side travelled to Carraroe to play the local Mac Dara club and this game ended in a 2-2 draw with a brace from Daniel Wosniewski in a game where Maree/Oranmore fc custodian Shane Carney gave a man of the match display.

The u16 Premier boys played out a keenly contested 1-1 draw with a good Athenry fc side with Ben Costelloe opening the scoring in a League game played last Saturday. Best wishes to brave club keeper Max Hawksley who picked up a nasty knee injury.

At adult Level the B adult side continued their recent good form in Division 3 on Sunday last in Corofin defeating the home side 3-1 with Alan Barrett getting a brace and Steve Matthews the other.

Our club Academy training for u6 to u10 boys and girls resumes this Saturday Jan 11th at normal times. We still have Academy calenders for sale at just a tenner each packed with team photos. They are almost sold so reserve your calender by contacting Frank on 087 7850028. 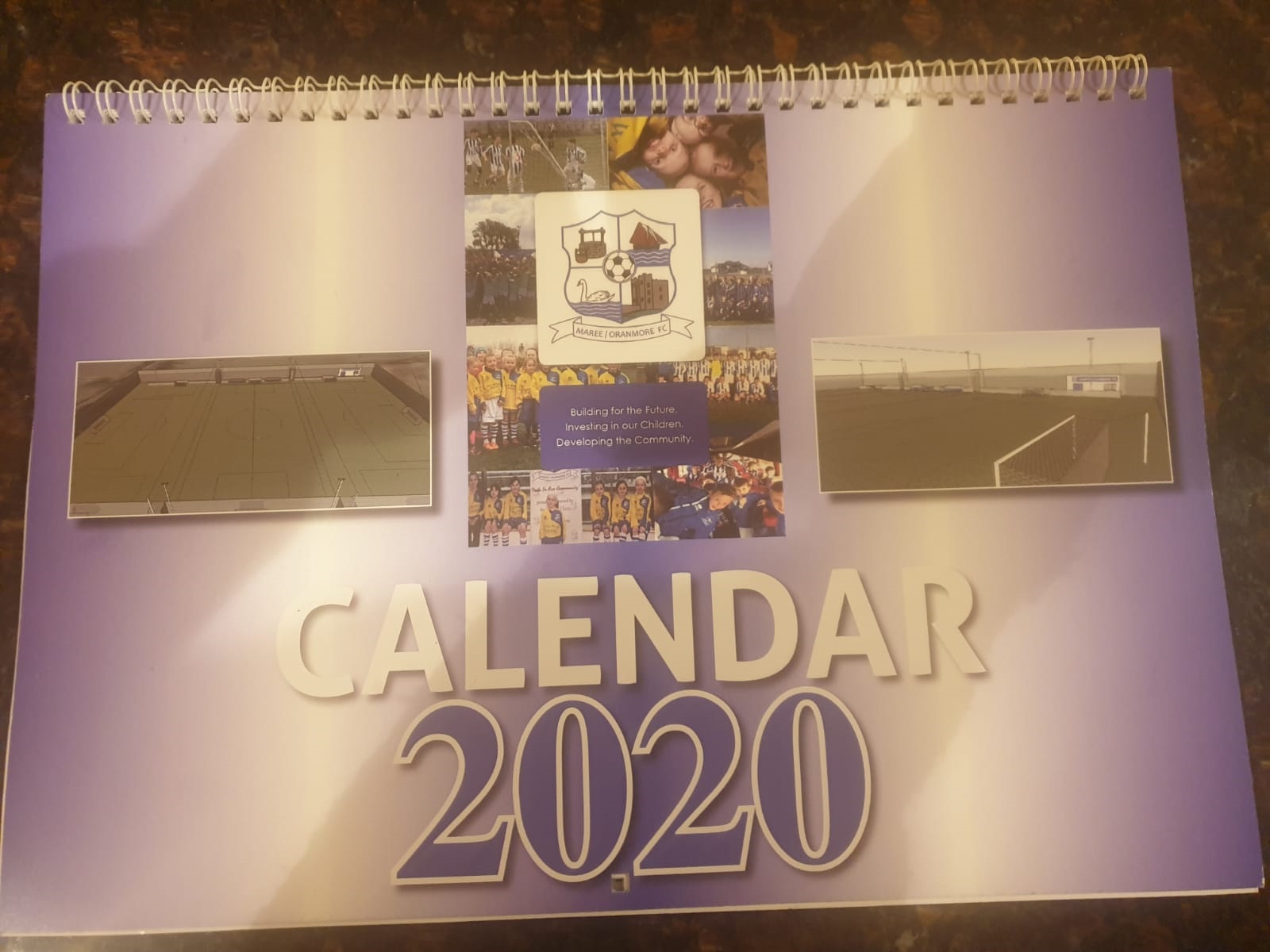