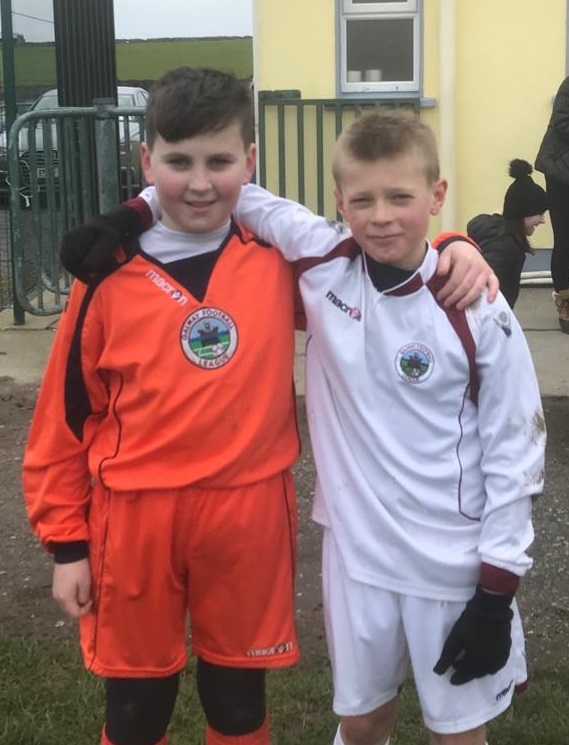 The weather was a real spoilsport this past weekend for Galway Clinic sponsored local community based club Maree/Oranmore fc.

The importance of our club building a 4g pitch certainly was put in focus this past 3 weekends with a plethora of home games cancelled due to pitch waterlogging in Oranmore.

To help defray costs of developing such a kids playing facility Maree/Oranmore have a monthly members cash draw for less than a fiver weekly.This project will be delivered for the youth of our community but your help is essential, contact Fergus for details by texting 087 2457626

This weekend saw the U18 Premier side record an emphatic victory at home on Sunday to a depleted Barna/Furbo Utd side with the goalscorers who included a brace from Liam Mc Donagh, Kody Mc Cann, Ciaran Black and Steven Healy. This sees this side in a battle at the top of the table.

The u12 championship side meanwhile had a fine away 4-2 win against Athenry fc on Saturday last in a friendly. 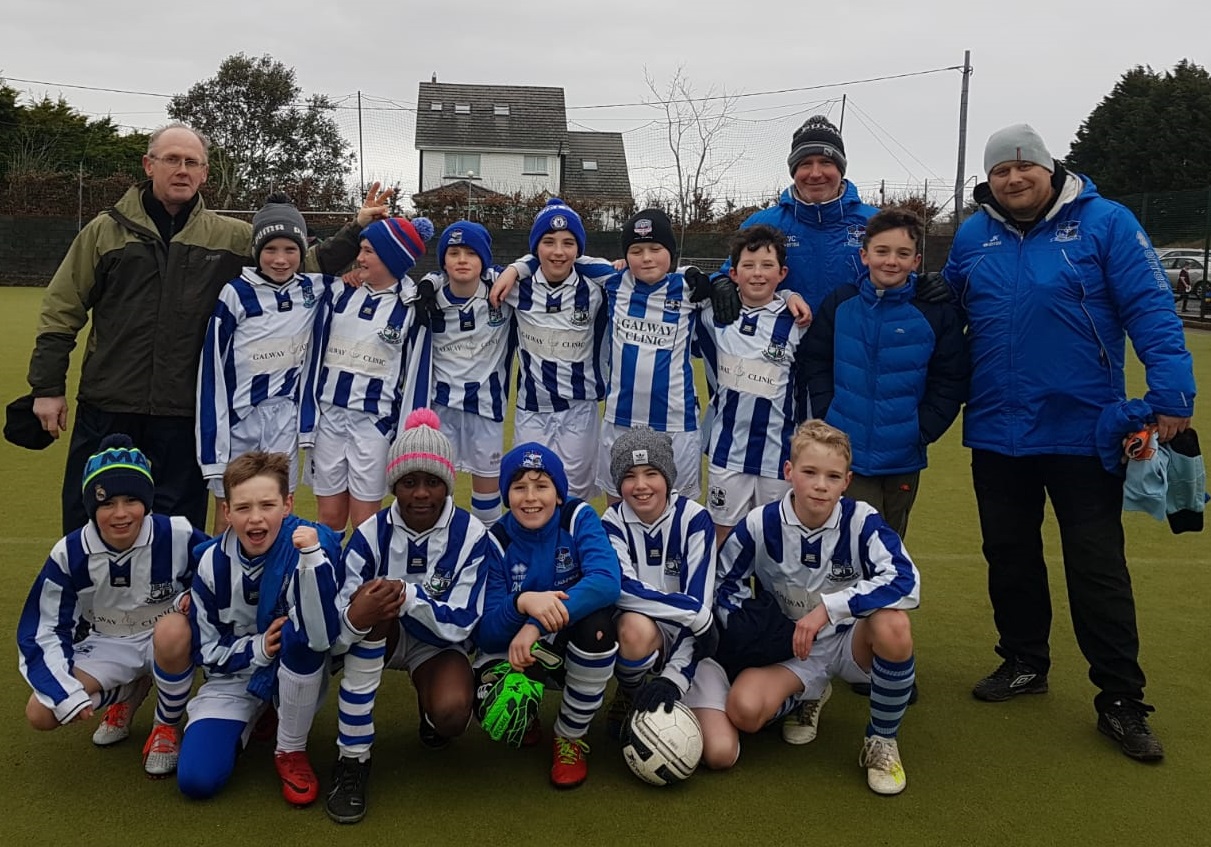 The adult A side played well against Roscommon District League Leaders St Peters from Athlone in the Connacht Junior Cup but went down 3-2 in a very tight game in Iona Park Athlone on Sunday. There were fine performances from central defender John Latchford, Matthew Barrett, Malachy Black and the very hardworking Declan O Dea. The goals came from two spot kicks from Eoin Roche. This was a game where two defensive lapses and a dubious penalty decision proved costly. Maree/Oranmore fc will be specially happy with the second half performance.

The St Columbas Credit Union Invitational Tournament once more attracted large crowds on Sunday last and this coming Sunday March 1st sees boys sides at u7 and u8 in action as well as u8 girls sides.

Coaches and Parents are reminded that a PDP 1 coaching course will be held on Sunday March 8th in the Maree Community Centre. We would especially encourage our Academy coaches to enrol on the FAI website.

Well done to Noah Carroll, David Mc Loughlin who played on the Galway and District League u12 side and to Charlie Healey who featured on the u13 side in their respective weekend wins. 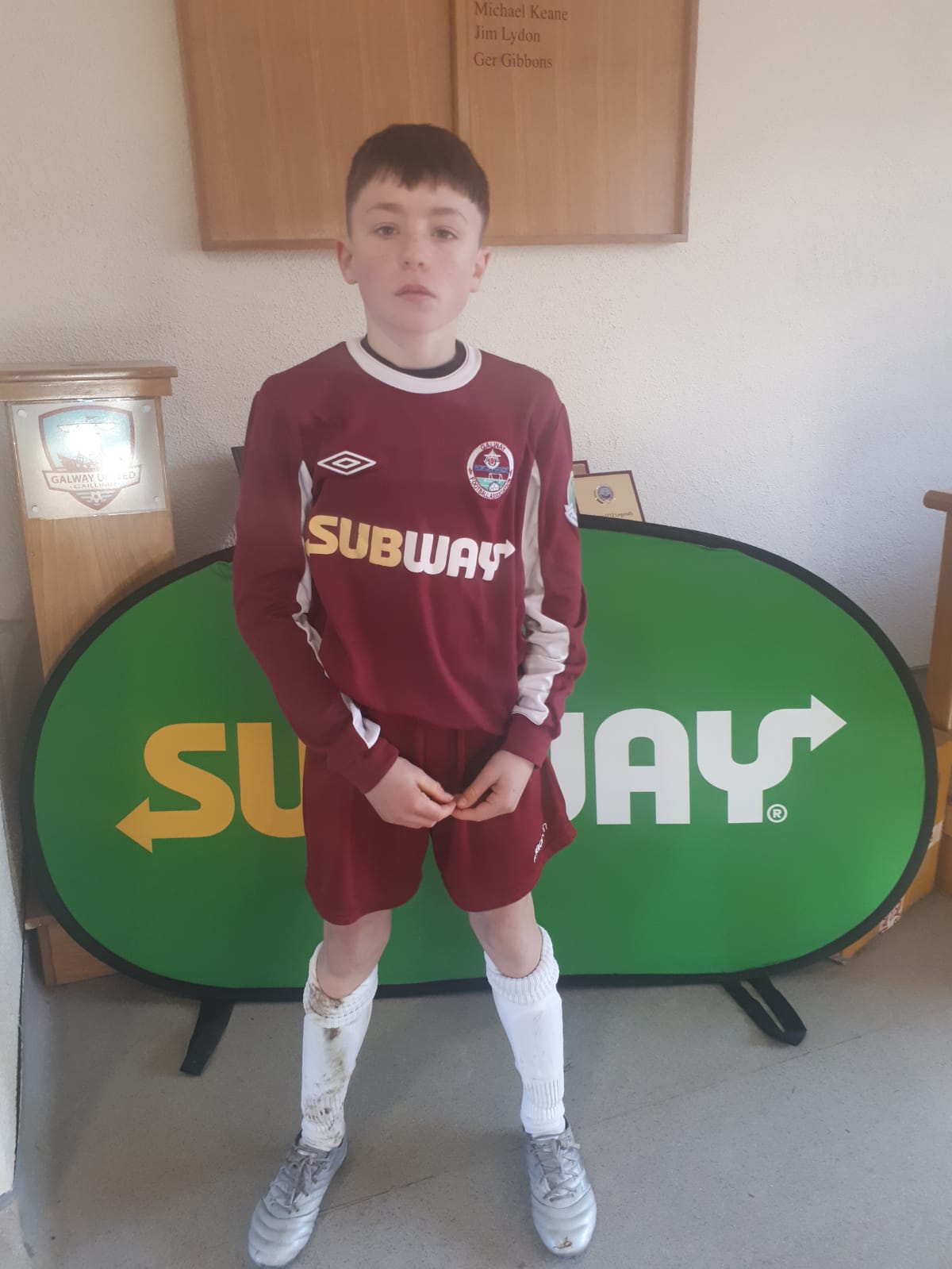 Hopefully next weekend the weather will be kinder,you can find more club details on our club facebook page.

A great week and weekend for local community based soccer...