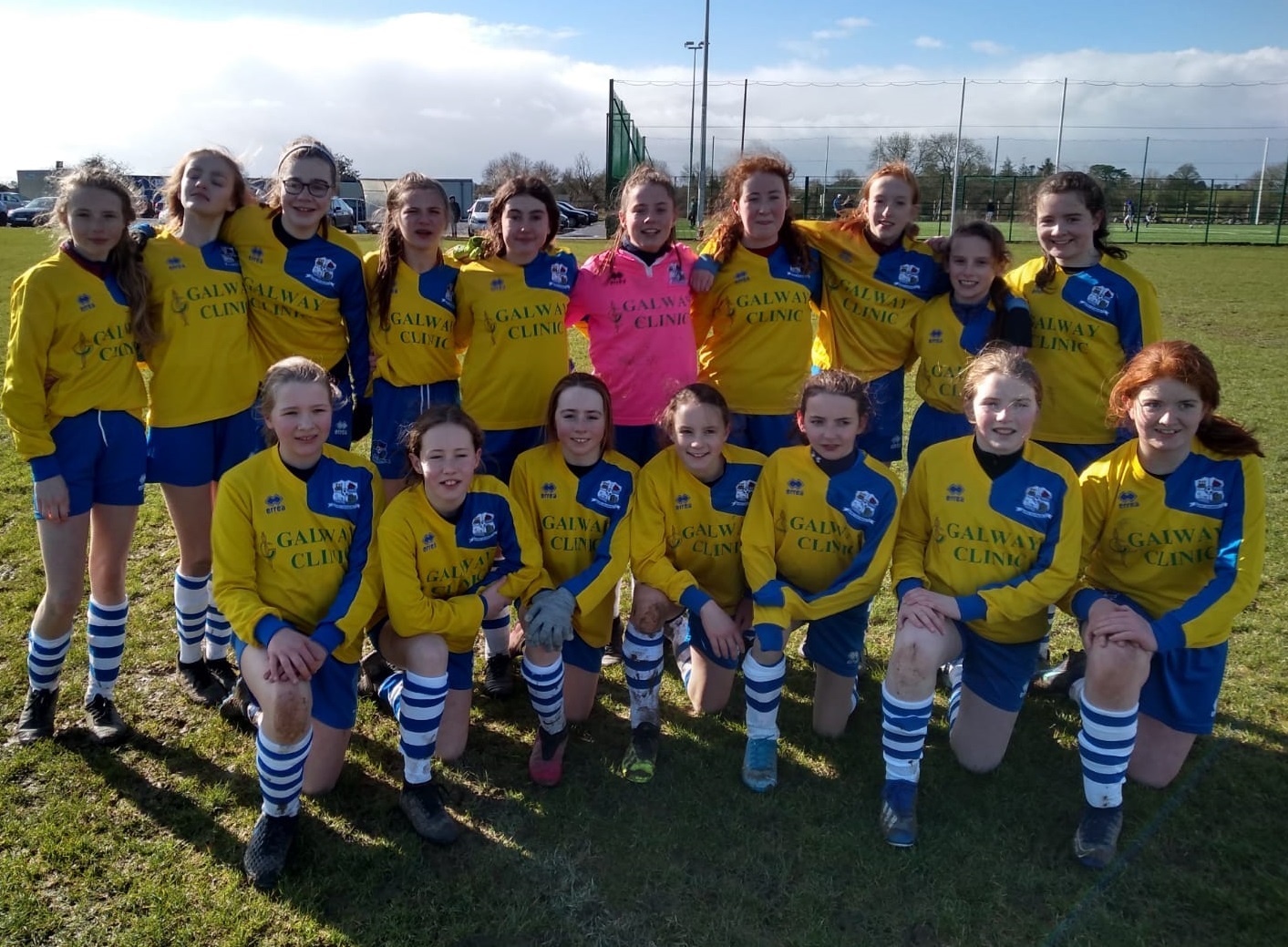 A great week and weekend for local community based soccer club Maree/Oranmore fc kindly sponsored by The Galway Clinic.

Midweek our club formally announced another 3 year extension of our sponsorship deal with The Galway Clinic, an arrangement which we are very proud of and one which will strongly benefit both very progressive organisations in the healthcare and sporting areas which are so intertwined. Thank you to JJ, Claire, Evelyn and Dennis in the Galway Clinic who have been so supportive of our community club over the past number of years, for that we are very grateful.

Last Saturday before storm Jorge hit, club chairman David Watterson and his development committee announced that the commencement notice for the clubs new 4g pitch has been lodged and construction works will begin in earnest in the next 2/3 weeks with the excellent P and D Lydon appointed for construction works with Derek Conneely architect and Breen Geraghty solicitor being thanked for all their hard work alongside the Maree/Oranmore fc Development committee. The club will work with our neighbours and friends in the Maree Development Association to bring this community project to fruition for the youth of our community. The February washout testifies the need for an all weather playing surface for all who play sport in our parish. Thanks to all in our club members Development draw which can be joined for less than a fiver weekly. Text Fergus for details on 087 2457626 with monthly generous prizes on offer. 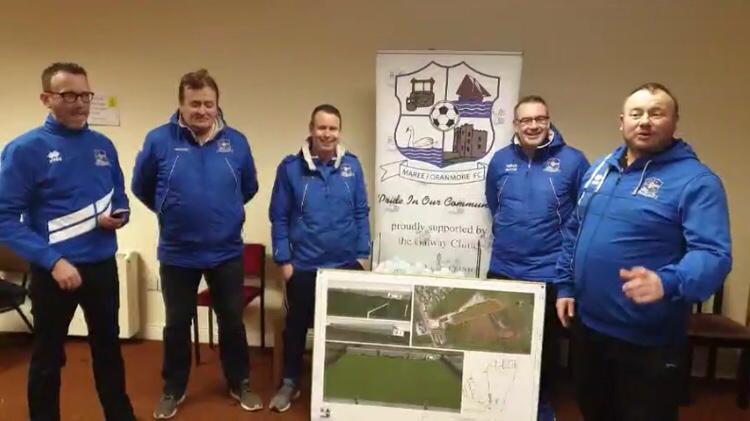 On the playing pitch this past week saw the u21 mens side defeat Tuam Celtic 4-3 under lights on Tuesday night in a thriller to move this side to the summit of the table. A brace from Sean Delany and a strike each from Luke Smyth and Jack Egan saw victory in a game where central defender Jack Grealish put in a powerful display.

The mens B side played well on Sunday last in Fahys Field but went down in the Connacht Shield 3-1 to Mervue with Colin Thornton netting from a penalty.

Next Saturday sees the mens A side play Mervue A in the Premier League. We wish the lads well.

The Girls u17 side assisted by OranPrecast had a good win on Sunday against Corrib Rangers on a 2-0 scoreline with goals from Nicole Duffy and Aisling Quinn. 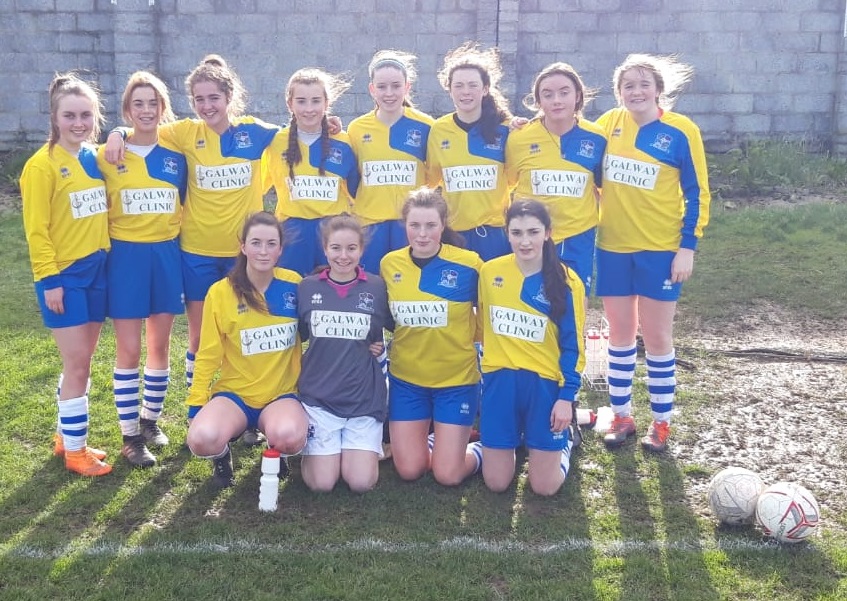 The girls u13 championship side have reached the Cup final after a hard eaned 2-0 away win against Kilshanvey Utd with Ava Mullins netting both.

The u14 boys were leading at half time in the u14 connacht cup under lights on Friday night against an excellent Ballymoe fc side through Daniel Keady but injuries received from three players in the second half saw Ballymoe win 3-1 in the end in a good game played in dreadful conditions.

Maree/Oranmore fc will host an introductory beginners PDP1 coaching course run by the FAI this Sunday morning commencing at 9.30am in the Maree Community Centre. Club coaches/parents who enroll on the FAI website will be reimbursed by our club. There are very few places left and thanks to all volunteers who have enrolled.

This Sunday sees our club organised St Columbas Credit Union Tournament continue with boys u9s and u10s in action and u8 girls playing. Last Sundays plethora of games went very well. Thanks to Tournament Director Ross Melville for all his work.

Congratulations to Maree National School on winning the FAI(schools) Spar Cup final for medium schools on Friday last. Great credit to Mr Mc Donnell and Ms Kilkelly and all the squad all of whom play with their local club Maree/Oranmore fc. They represent Maree NS in Connacht Finals in a few weeks. We wish the lads well. 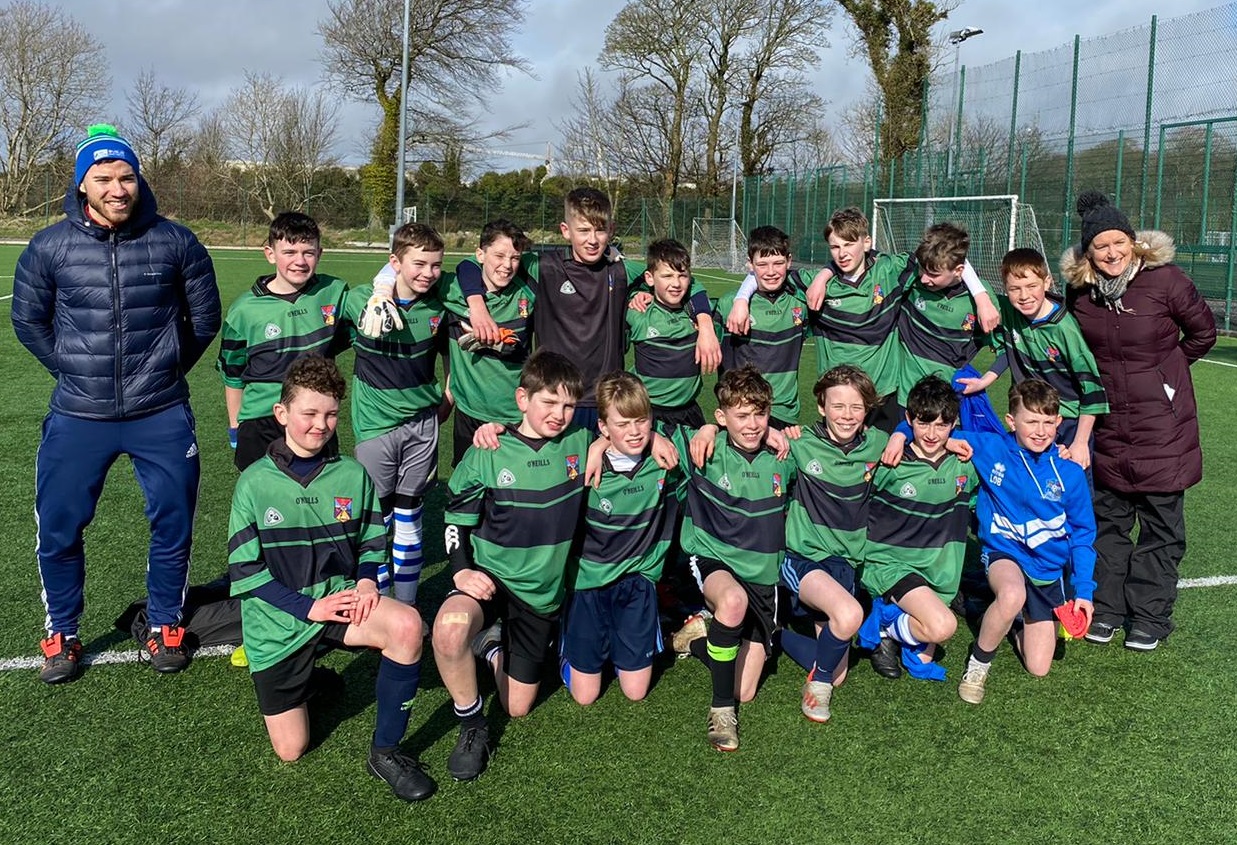