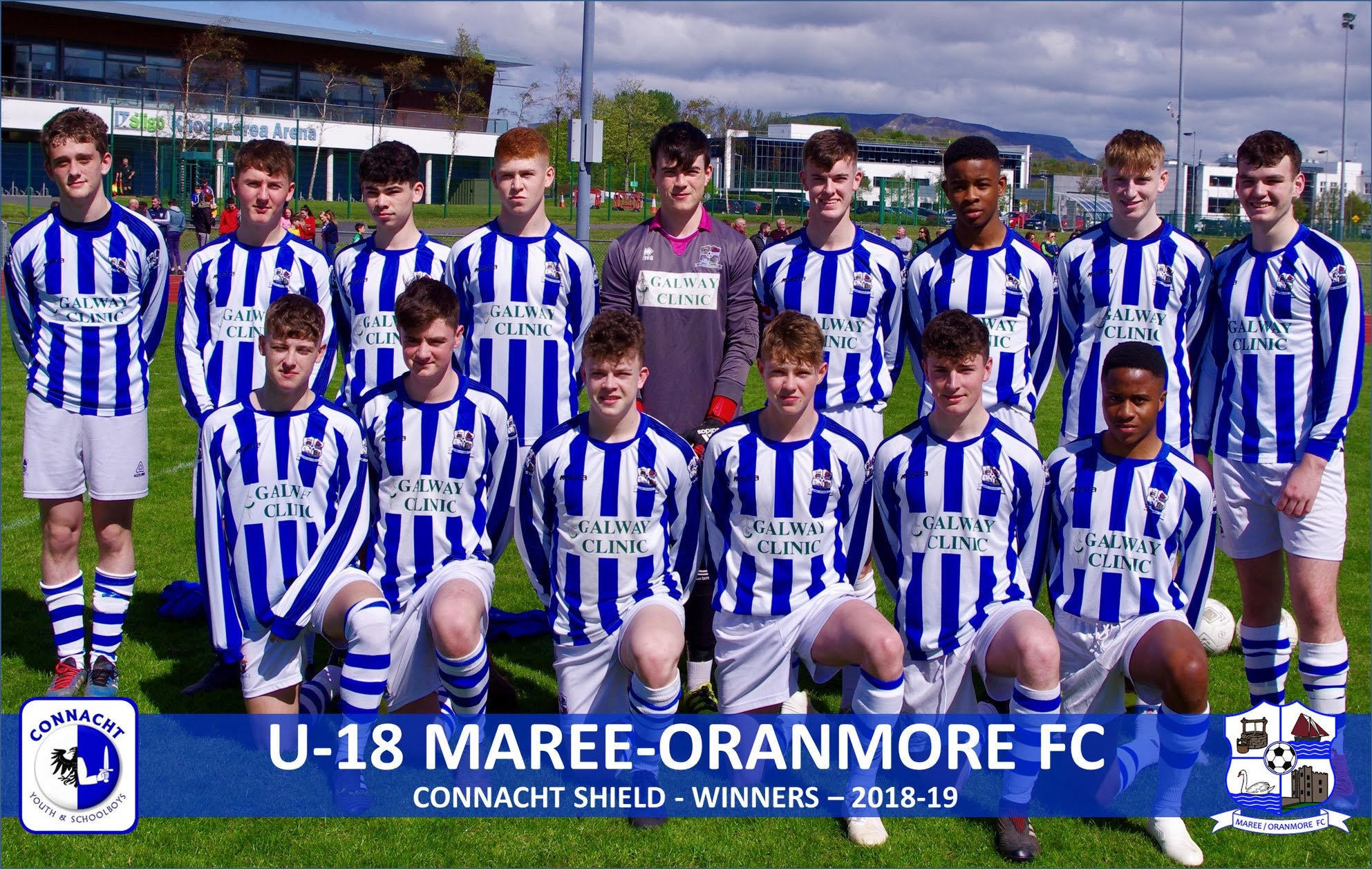 A very busy end of season beckons for community based soccer club Maree/Oranmore fc with a plethora of age groups in competitive action.

The u18 boys captured the first silverware of the season when they defeated a strong Castlerea Celtic side in Sligo on a 3-1 scoreline to win the u18 Connacht Shield with all three goals coming in the second half from Shane Cox, Adam Lally and Eoin Lyons. Castlerea Celtic took the lead courtesy of an excellent finish from Adam Mc Dermott but a powerful second half performance secured the win for a strong side captained by the very hardworking captain Alex Fearon. These lads have also reached the local Cup Final and are battling it out at the top of the Premier League with Mervue. Thanks also to our supporters and to the Connacht FA for its excellent organisation.

The adult Premier A side had a fine 4-0 victory on Sunday last in Oranmore against Galway Hibernians with the goals arriving from Eric Neary, Neil Greaney, Declan O Dea and Chris O Dowd. This puts the lads in fifth place with one away game remaining against Salthill Devon. 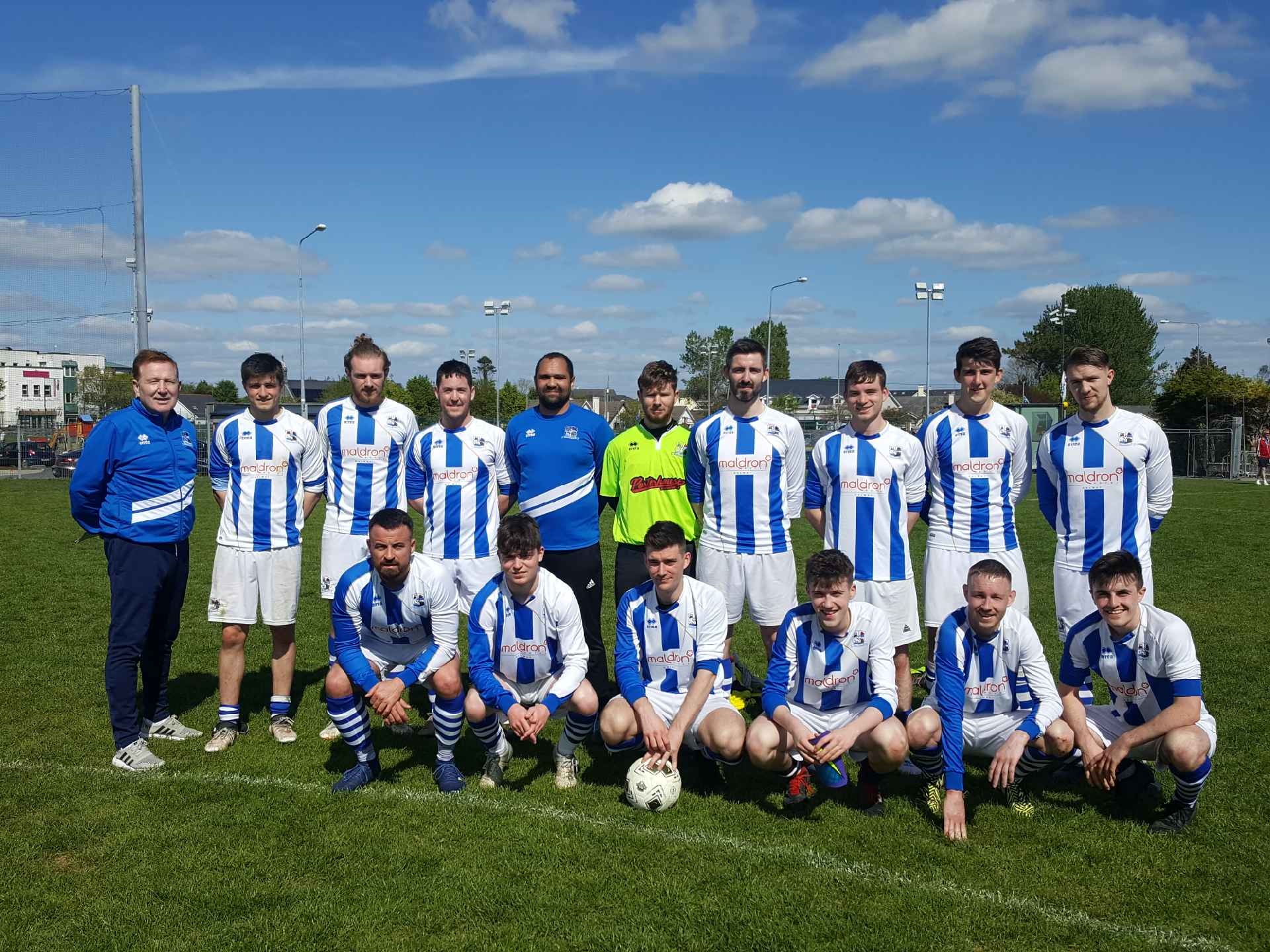 The u21 side managed by Noel Greaney drew with Renmore afc midweek in Oranmore in a real competitive game with goals from Conor Fox and Sean Delany.

The u14 Premier side had two good results on the bounce last week defeating both Athenry fc and Colga to move into 3rd spot. The goals against Colga arrived via two braces from Ben Costelloe and Ryan O Donnell. Congrats to Ben on his selection on the Galway Kennedy Cup squad.An excellent and deserved achievement. 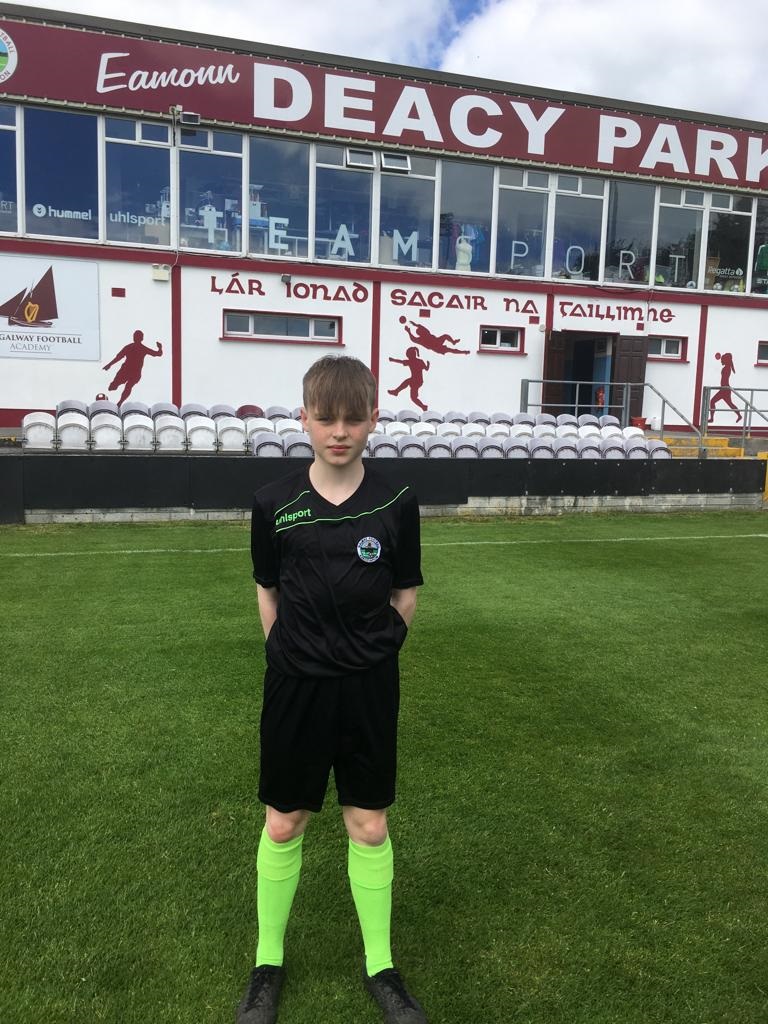 The u16 Premier side gave Mervue a right good fright in the Premier League with a depleted side on Thursday night. Playing very good football, they took the lead via an excellent finish from Ciaran Black. The game was in the balance after Mervue equalised only for the visitors to snatch victory from a free with eight minutes remaining. The Lads play in the Cup semi final against Salthill Devon this Wednesday night in Oranmore.

The u12 Div 2 side won their final game of the season defeating a gallant Athenry fc side 4-1 with a brace from Rossie Brian Carroll and one each from Daniel Kelly and Adam Kurill. Well done to coaches Fergus Kelleher and Martin Joyce for all their work. 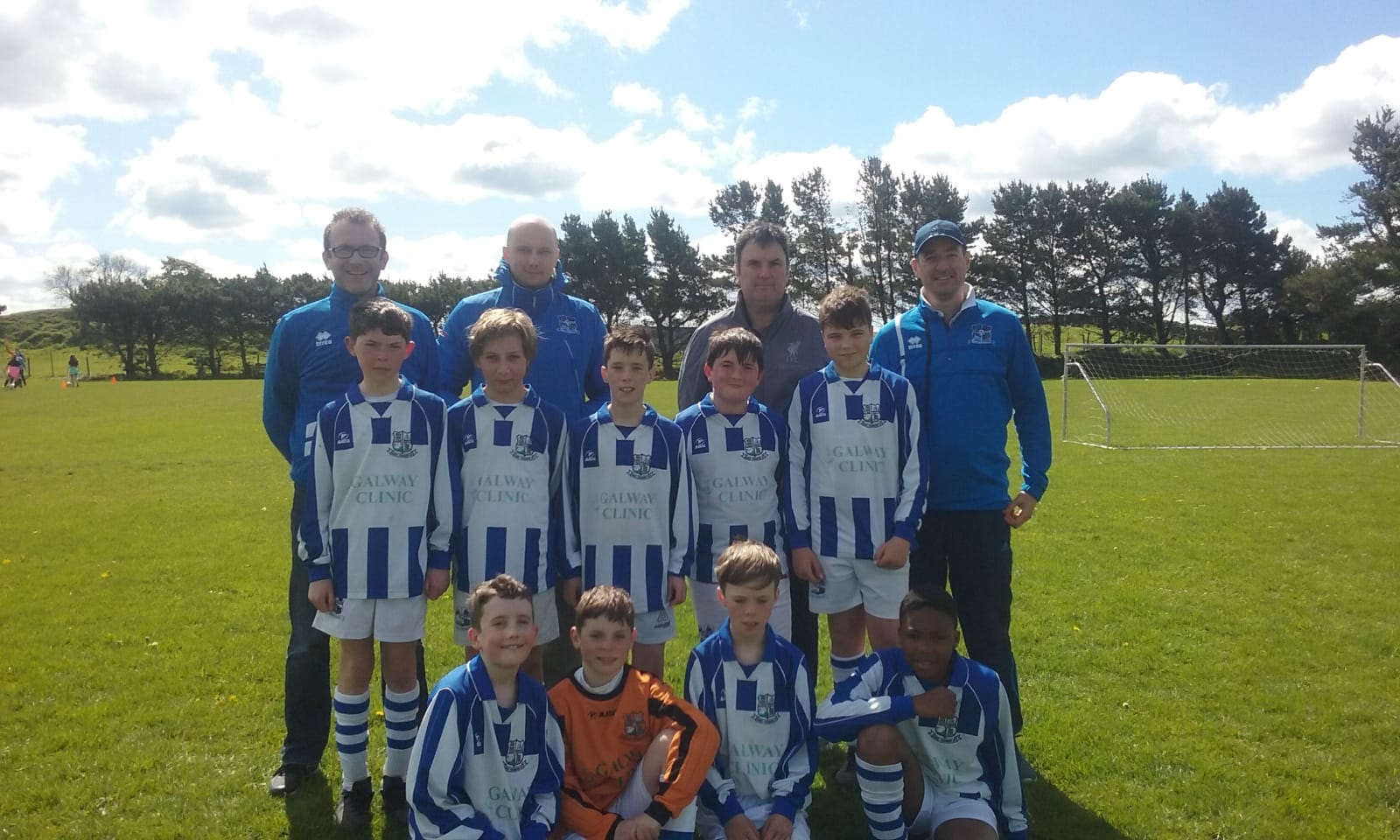 The u12 girls wrapped up their season with a fine 1-0 result against Knocknacarra fc with Danielle Grealish scoring to put them runners up in the League.A fine season for the girls under Pat Costello who also were pipped in the Cup final on penalties.

The winners of our clubs Last Man Standing competition was decided this week with Daniel Kelly and Stephen Long sharing the 1000 euro jackpot.Thanks to all who supported this and to Brian Geraghty assisted by Tony Jordan for organising.

The clubs well supported holiday draw was won by Pierce Butler(Oranhill) who won a two thousand euro holiday draw with runner up prizes won by Laoise Stapleton and Padhraic Conneely.Sellers prize went to Mairead Leahy Whyte. Thanks to Tom Reddington and Frank Mannion for their hard work on behalf of our club.

Maree/Oranmore fc would like to congratulate the organisers of last Saturdays Brendan Carney Memorial Tournament  especially Alan Eastwood, Bernie Carr, Damien Croke, Ollie Flanagan, Paddy O Connor and others which was an excellent success followed by a well attended social function in the Porterhouse that evening. The late Brendan Carney founded adult football in Oranmore in 1989, his pioneering work in difficult times has lead to todays thriving Maree/Oranmore fc which has now 652 members. The Carney family are very well regarded in the community. Our club wish them well.

Our younger childrens Academy Training(u6 to u10) Training will wrap up the season next Saturday May 11th. The u6s will play Colga also that day.

Maree/Oranmore fc will hold an end of season social on Saturday May 25th in the Porterhouse Oranmore in support of Cadans Little Battle. Details from Niall on 086 4045006.