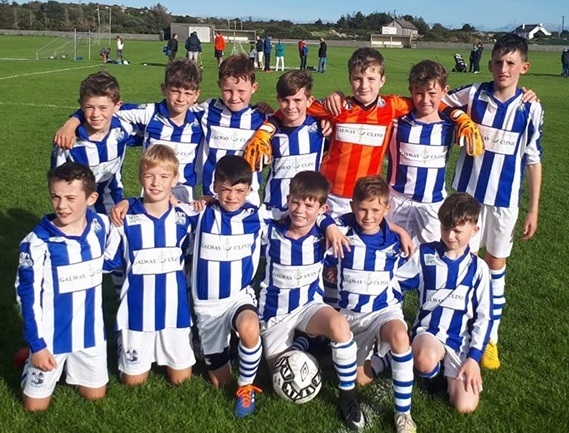 An excellent weekend for our Galway Clinic sponsored local community based club Maree/Oranmore fc with wins in particular in all Irish Cup games at u12, u14 and u16 level this past weekend.

Our Adult Premier mens side played very well on Sunday afternoon last playing out a 1-1 draw with Salthill Devon in Oranmore with the excellent Malachy Black netting with strong displays all over the park. Next up on Sunday is a tricky away assignment to a youthful Galway Hibernians side in Bohermore.

The adult B side who play in Division three played well in patches away last Saturday afternoon but went down 4-1 to a strong East Utd side with Oisin Lyons getting on the scoresheet.

The u21s are hoping to have their first outing this week against Athenry fc.

Both u12 sides in the Irish Cup defeated opposition from Athlone and Galway.

The u12a side defeated Hodson Bay from outside Athlone comprehensively on Friday night while the u12 div 3 side beat Bearna Na Forbacha 3-1 in Furbo on Saturday afternoon also in the sfai cup with goals courtesy of Sam Caey, Mark Burke and Rossa Burke. 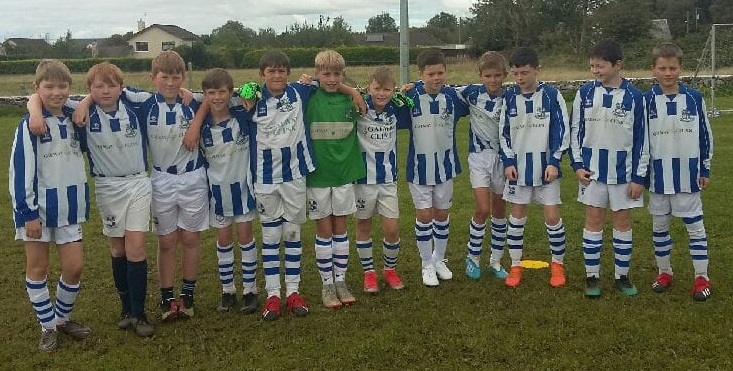 A young side defeated Ballymote Celtic in a 3-2 thriller in the u14 sfai cup in Oranmore on Saturday last with the goals arriving from Stephen Caulfield, Dara Cleary and Harry Gilbert.

The u16s after a close first half in Tuam defeated Tuam Celtic on an 8-2 scoreline with goals courtesy of Ben Taylor, Ben Costelloe, Sam Lund, Gavin Smyth and four from Killian Bolly.

The u17/u18 Premier side started their League campaign on Sunday in Furbo against a very strong Bearna na Forbacha Aontaithe side. Going 1 down after 20 minutes, two strong Eoin Lyons finishes secured a very hard earned 2-1 victory with James Whelan, Eric Landers, Adam Lally and Shane Cox in particular excelling for the Maree/Oranmore lads. Next up on Sunday is a home tie v neighbours Colga fc.

The u17 girls travelled to Cappagh Park last Sunday afternoon to play Knocknacarra fc and came away with a share of the spoils in a 2-2 draw with Aisling Quinn and Nicole Duffy doing the business.

The u12f team were held to a 1-1 draw against Cregmore/Claregalway in Cregmore on Saturday last with Simon Dulski scoring.

Our Academy sides(u6 to u10 boys and girls) return to training this Saturday Sept 14th.

Please note our opening session will be mini games. The venue for this saturday only are the new maree pitches (behind the maree centre). All u6 to u10 girls train this Saturday from 2.15pm to 3.15pm while the boys u6 to u10 will train in the same venue from 3.15pm to 4.15pm. We would ask parents to avail of free tea/coffee and meet the coaches and committee and find out more about their childs local club. Training after that for the rest of the season will be in Oranmore.

We would ask all parents now to register for the new season 2019/2020 by downloading the Clubzap App.

Our club are proud of former players Donal Higgins who has been training with the Irish International u19 squad and Aaron Connolly who plays with the Irish u21 side who recently defeated Armenia.

Aaron features for Brighton and Hove Albion in the English Premier League.