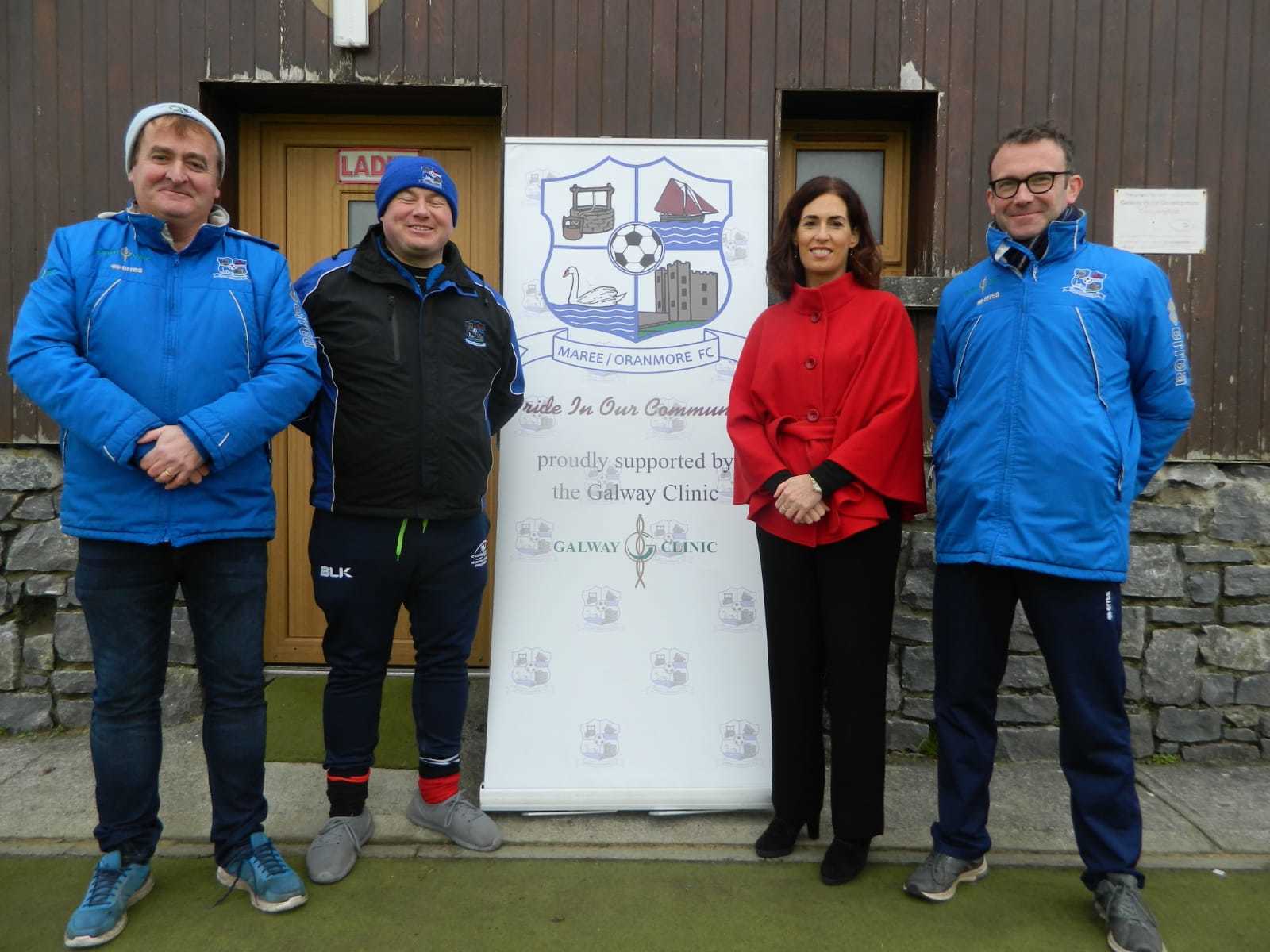 The big news for Maree/Oranmore fc over the past few days was that the club has received 66,342 euro funding under the Sports Capital Programme towards our 4g pitch development project in Maree.

We would like to take this opportunity to express our gratitude to our Club Development Committee who have worked tirelessly on achieving this goal. Securing this funding is a massive step in the right direction but we are still a long way off having the total funds required to realise our project. As always we encourage you to sign up to the development draw at a cost of less than a fiver weekly with monthly cash prizes.

You can join our draw at https://mareeoranmorefc.clubifyapp.com/products or you can text Fergus on 0872457626.

Thanks to all existing members of the draw for their continued support.

We will be launching a series of fundraisers over the coming months which we hope you will support. A huge thanks to Hildergarde Naughton TD who has been on board with this project from its inception and who has worked tirelessly on our behalf. We would like also to thank Cllr Liam Carroll for his invaluable assistance not forgetting Noel Mooney and Walter Holleran of the FAI.

On the playing front it was a real mixed bag for our local community based soccer club. The adult Premier side who are plagued with injuries went down 2-1 at home with Corrib Rangers with Brendan Tully netting in an overall disappointing performance at home.

The u12b boys team had a real smash and grab home win in the u12 connacht cup with a 2-0 victory against Claremorris afc with goals from Cian Cusack on 20 minutes and Tom Furlong on 49 minutes. This sets the lads up for an away tie in Athlone against St Francis. The younger u12 boys side had a convincing win at home to Corofin Utd in the u12 connacht shield. 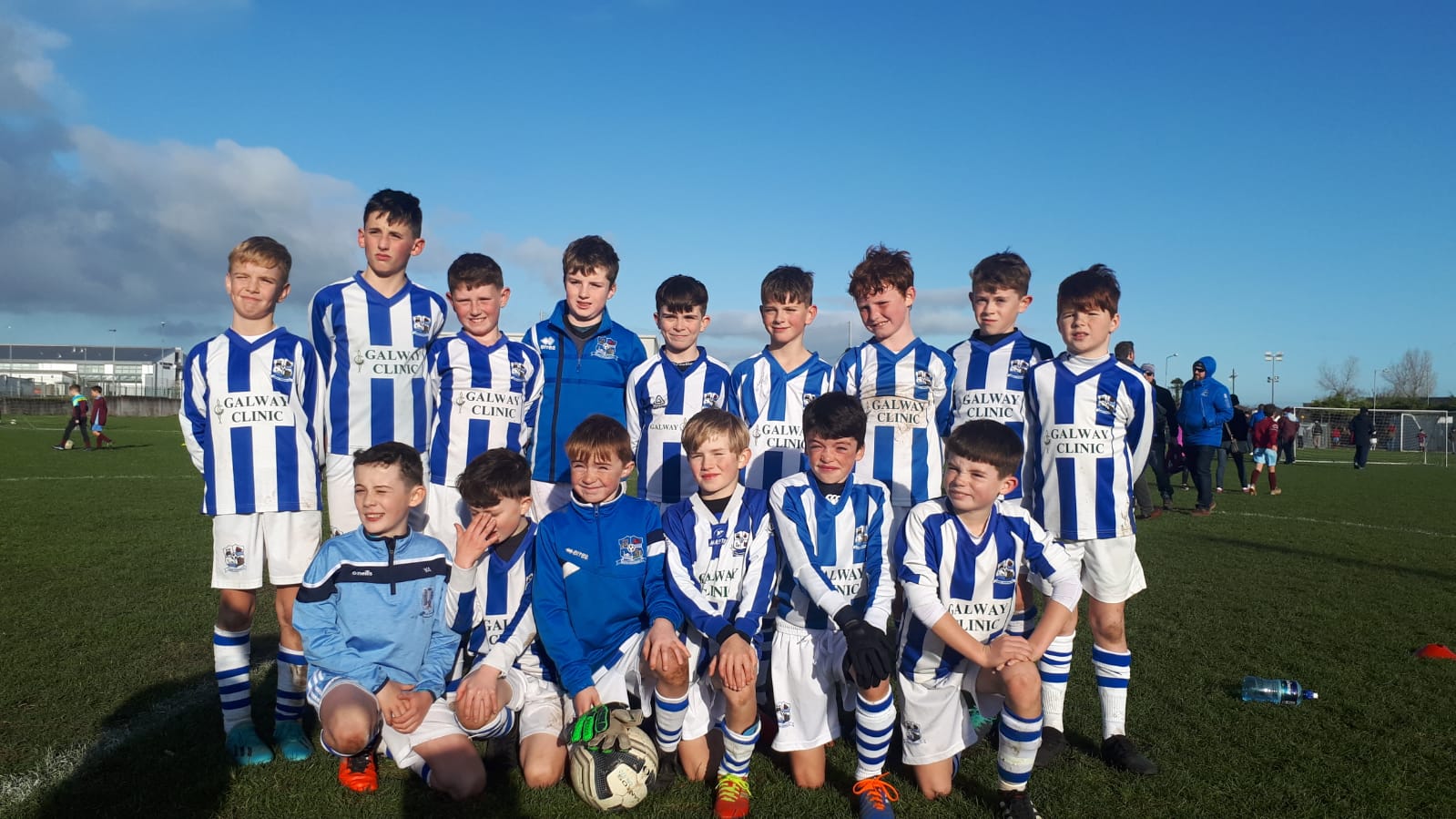 The u13 Premier side had a fine 3-1 victory away on Saturday to Bearna Na Forbacha Aontaithe with David Mc Loughlin netting a hattrick. No luck for the u13 championship side against Salthill Devon going down despite a spirited performance in 5-1 defeat with Caelan Coleman scoring.

Mixed results for our two u15 boys sides,our u13 div 1 side beat a determined Athenry fc side 3-1 in Maree on Saturday last in League action with goals from Luke O Connor,Colm Gill and Aiden Allen with Maree/Oranmore fc keeper Cian Reddington giving a man of the match performance.No joy for the u16 Premier side who kept it scoreless on 30 minutes against Mervue only to succomb to intense pressure in the end in League action.In the u16 connacht cup there was heartbreak for Maree/Oranmore who lost out in a penalty shoot out after a derby game against neighbours Colga fc ended 2-2 after extra time.Leading with a minute to go after goals from Gavin Smyth and Jack Scarry,Colga evened game up at the death with the dreaded penalties deciding the outcome.Several of our u11 boys sides were in winning action against Mervue and Salthill Devon away over the weekend.

The u13 girls played well in Annaghdown on Sunday last against Corrib Celtic but were held in a 2-2 draw with Shauna Byrne scoring a brace.

aree/Oranmore fc would like to sincerely sympathise with trojan club volunteer Tony Jordan(Ballinacourty) on the sad passing of his mother Nora. As a mark of respect to his family our u17 girls game v Salthill Devon was postponed.

Maree/Oranmore fc are hosting a General Knowledge Table Quiz on Friday week Nov 29th at 9pm in Keanes(Kudos) Oranmore. We would ask our club parents to form a table to support their childrens club. Plenty of spot prizes too. 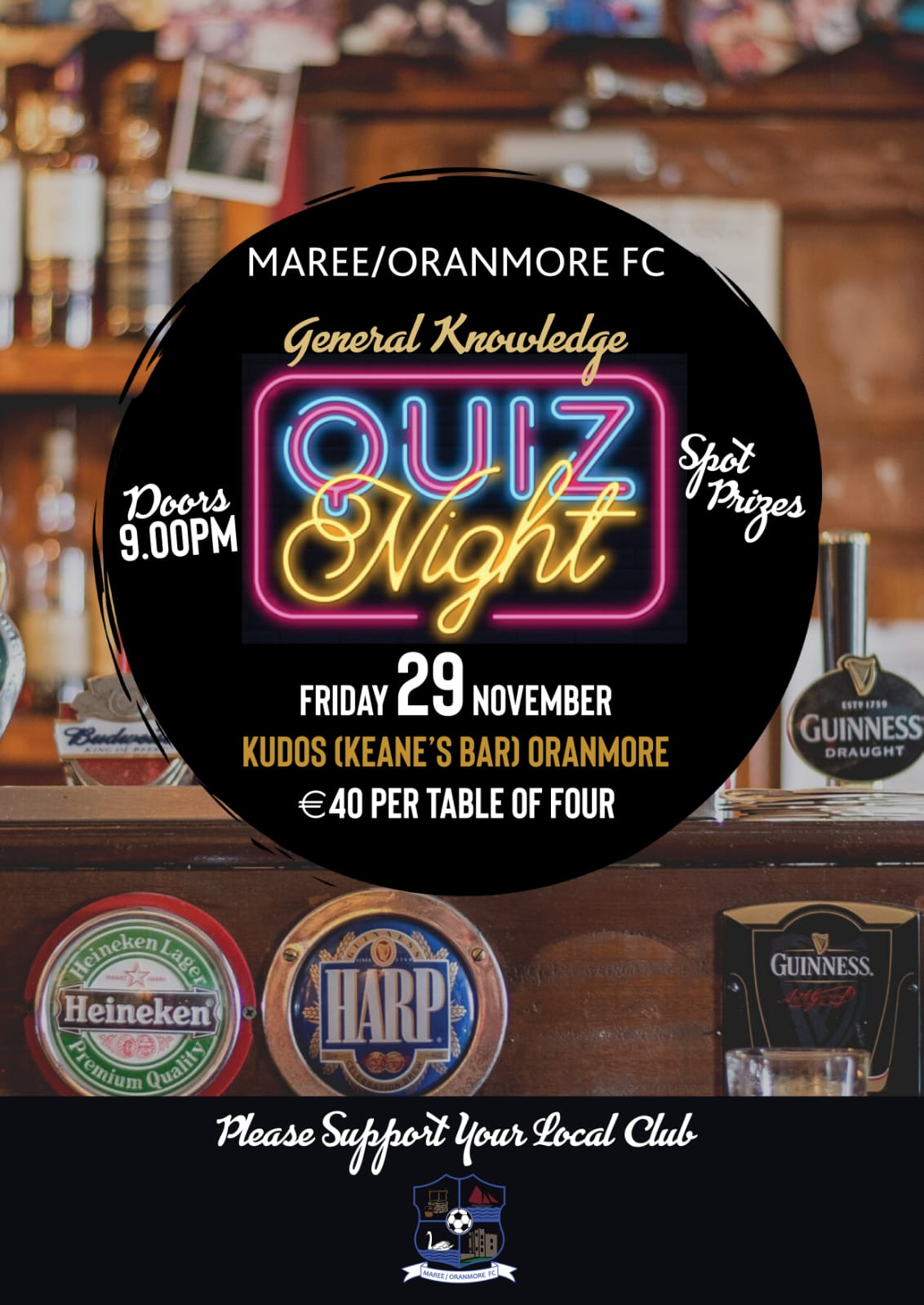 Thanks to Niall and Emma Mc Bride who gave a lot of time in organising recent orders for club merchandise which is invaluable for club publicity and generating badly needed funds.

Our Invitational Tournament commences this Sunday for boys u7s and u8s and girls u8s with older age groups on a week later. Only registered club players can play and all our players are asked to wear our Galway Clinic jersies and club shorts and socks.

U12 Connacht CupLast Saturday saw our u12 Premier side of...

Connacht Cup ActionOn the playing pitch the Connacht u12 ...

Connacht Cup 2019/20The Connacht FA are completing their ...