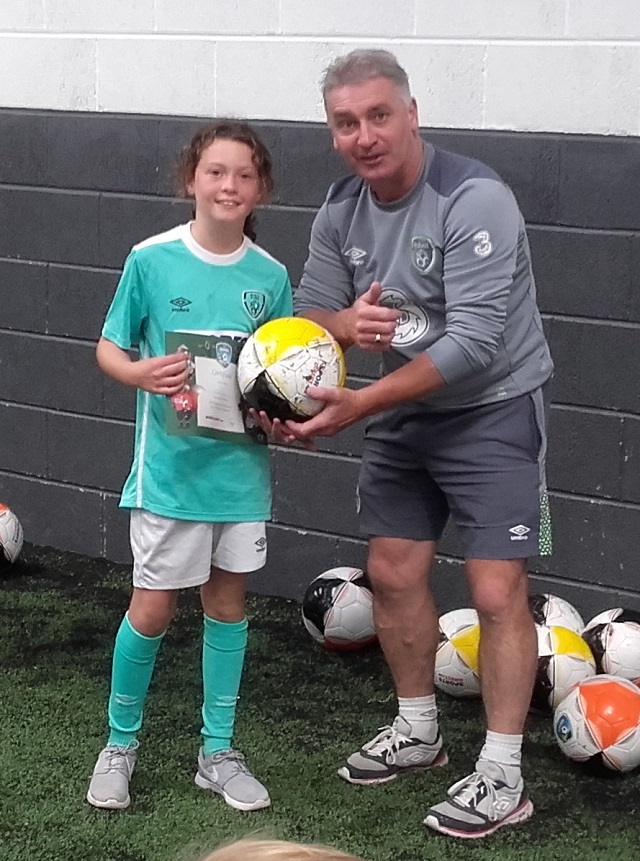 The Third Maree/Oranmore FC members draw for the month of July took place last Saturday July 8th in The Porterhouse Oranmore. The first prize in this months draw was Damian Lafferty of Oranhill, Oranmore, the second prize was won by Philip Smith also of Oranhill while the third prize went to Kenneth Gleeson from Frenchfort, Oranmore.  The members draw is for the construction of a new 4G pitch for the community in Maree for less than a fiver weekly. You can still sign up on www.mareeoranmorefc.ie Our members draw for August will take place on Saturday August 12th at 9.45pm in The Maree Community Centre.

Maree/Oranmore FC Juniors who were promoted last season to the top Premier League for season 2017/2018 commence their preseason Training next Tuesday July 18th at 7.25pm on the New Maree Pitches (behind Maree Community Centre), they will continue also on Thursdays at the same venue and time. We as a community club would like to invite all adult soccer players from Maree and Oranmore and its environs as we aim to consolidate our new position in Premier Football. For further details please contact 0876298779.

Thank you to  Club Chairman David Watterson and Barry Goodwin who organised a group of last seasons club u9s to take part in National Play Day as part of National Recreation week in Renville Park last Sunday. Despite adverse weather all involved had a very enjoyable afternoon.

Our Club organised FAI summer soccer camp takes place from August 7th to 11th in Maree. Places are filling fast and bookings can only be taken online on www.summersoccerschools.ie    Enjoy 5 Days of fun for just 65 euro

Maree/Oranmore FC will host a meeting shortly to recruit more volunteers to run our large community based club next week,all parents will be contacted and further details will appear on our club facebook page.