Club News - A Good Weekend all round! 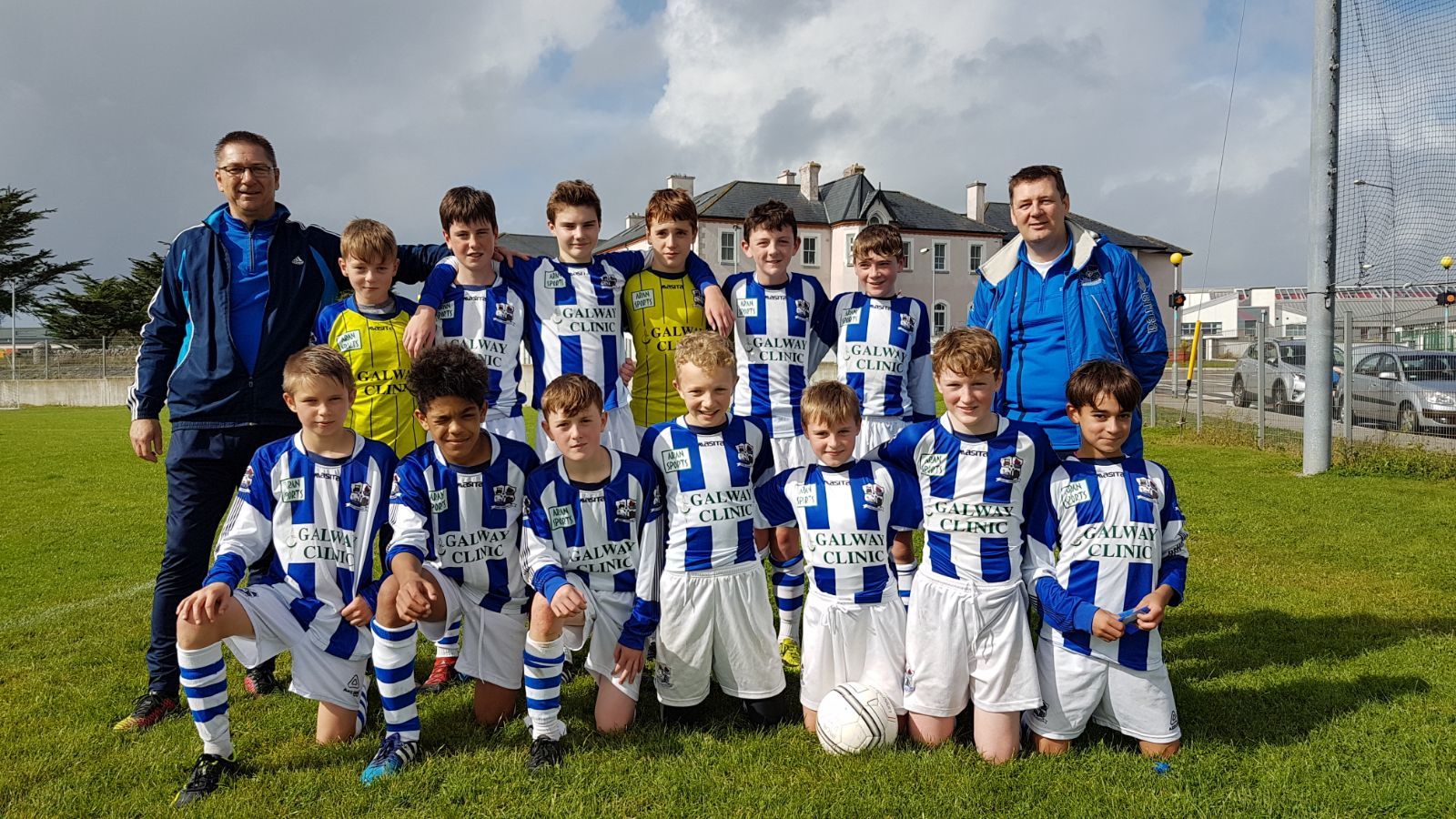 Published: over 4 years ago

Maree/Oranmore FC kindly sponsored by The Galway Clinic had an excellent successful weekend on the playing pitches in the County and City this past weekend. On Saturday last the Junior Premier side maintained their unbeaten run despite being held by a dogged Corrib Celtic in a 1-1 draw in Oranmore after the visitors equalised on the 92nd minute after Colin Thornton put them in the ascendency courtesy of a penalty. Meanwhile on Sunday the Reserve League side easily accounted for Craughwell Utd on a 5-0 scoreline with the goals coming from Lochlainn Wilkinson, Declan o Dea, Regis Ahiable and a brace from Rob Mangan.

Both u17/u18 squads had excellent results on Sunday last. The u17/u18 Premier side defeated a brave West Coast Utd squad in Letterfrack with a 6-1 scoreline with the goals coming from Sean Delany(3), Princewell Diala, Eoghan Mc Donagh and Rory Carbery. The u17/u18 Division 1 side mainly made up of u17 club players had to work hard against a good Athenry side away and came away with a merited 3-1 away win. The goals came courtesy of Ben Wright, Kevin Horgan and Conor Carroll. There were also fine displays from Mark Mullins, Oliver McCamley, David Mc Carthy and Thomas Heraghty. Next weekend both sides take on Sathill Devon in the u18 Connacht Cup.

This weekend also saw club sides in Connacht cup action. The U14s had an excellent performance defeating Tuam Celtic comfortably with Ben Taylor impressing in a real team effort on Sunday in Oranmore. The u12 Premier side eased past a gallant Corofin Utd side in Maree on Saturday evening with braces coming from Liam Burke and Colm Whelan with Thomas Blake and Daragh Cleary also among the scorers. The u12 division 1 side were also in U12 Connacht cup action and they had a hard battle against a good Renmore afc side in a 4-2 victory with Jack Leahy getting three and Michael Claffey also on the scoresheet.

In the u13 championship division Maree/Oranmore fc put in a much improved performance but went down to a strong Bearna Na Forbacha Aontaithe A side side in Na Forbacha.

The second week of our Academy (Boys and Girls u6 to u10) training took place last Saturday in Oranmore with big numbers in attendance, this alongside our ever expanding girls section has shown an increase in numbers.Remember to train or play games you must be registered. Simply download the Clubify app to register simply and receive all club news and information via your phone.

All club details can be found on the Maree/Oranmore fc facebook page.