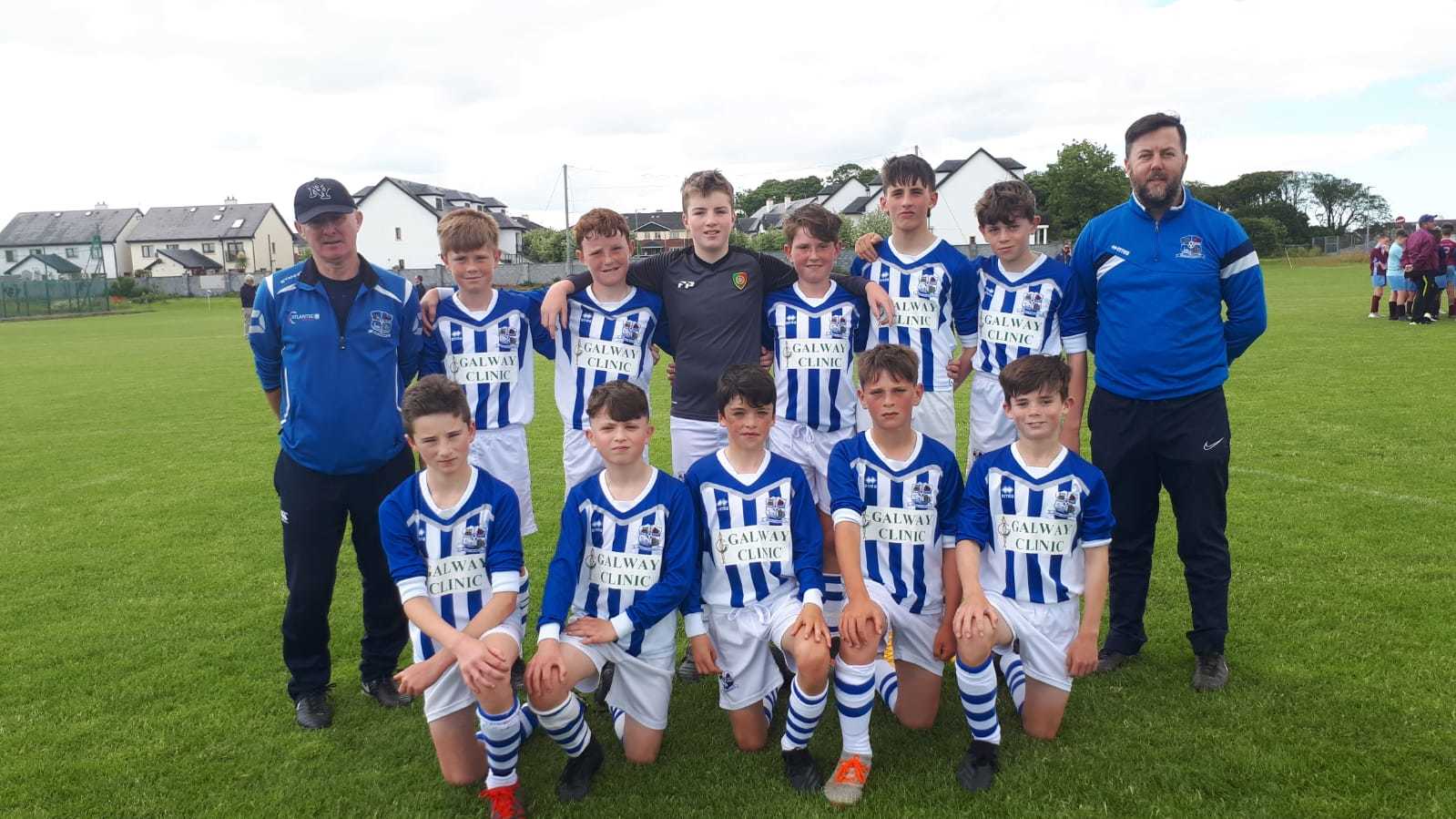 Its a very busy time for our Galway Clinic sponsored local community club Maree/Oranmore fc as the Galway and District League complete a one round League in unusual circumstances at this time of the year.Lots of fine results this past week. 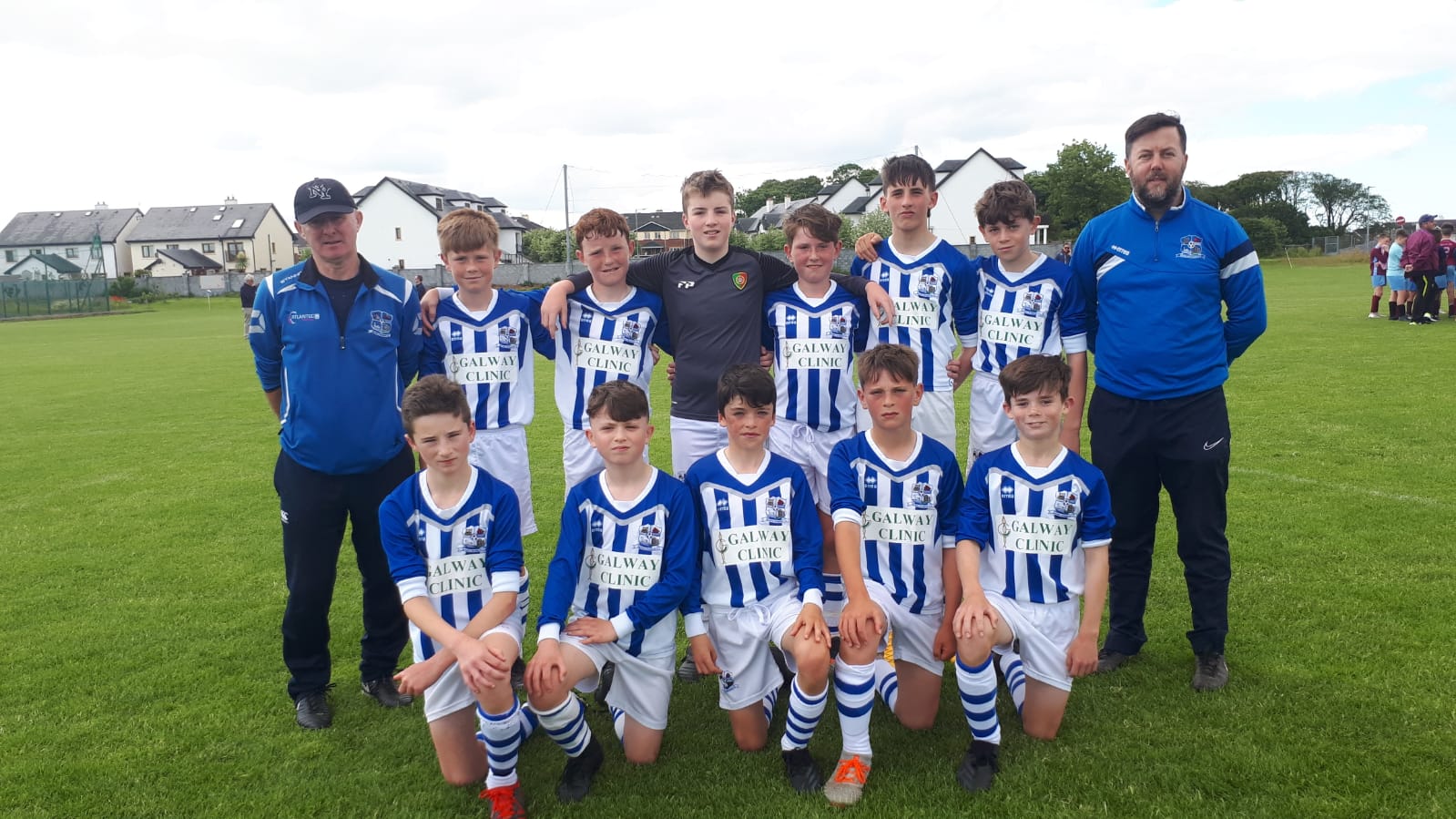 The U12 Premier boys (pictured above) had a smashing 4-1 win against Mervue at home on Saturday last with goals from Mark Burke(3) and Aaron Hanrahan. 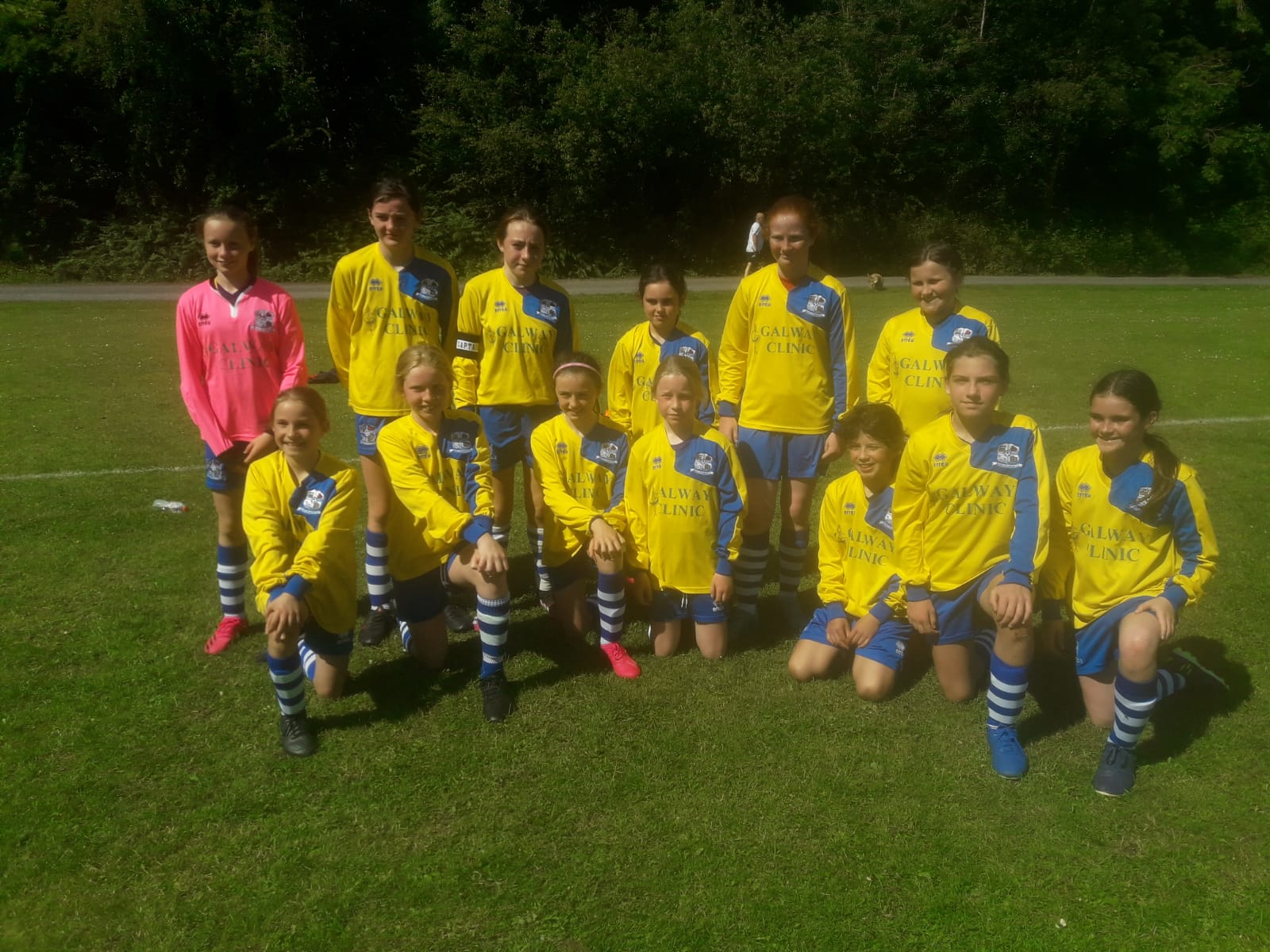 The u12a girls had another exciting 5-4 victory away to Knocknacarra FC with Katie Quirke  getting three and Arabella Fallon notching a brace. 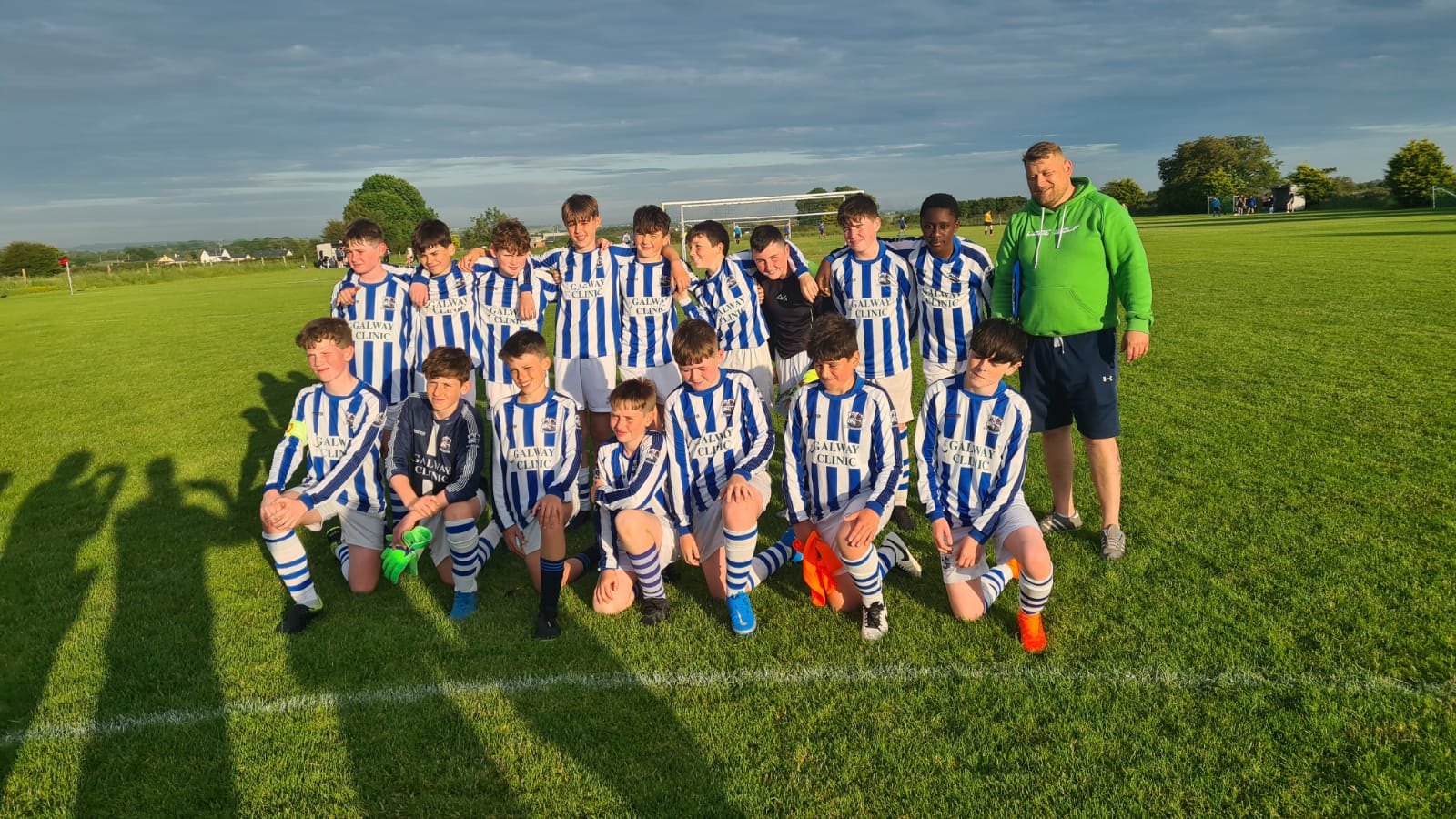 The u13 division two team (pictured above) finished their season midweek defeating Corofin Utd comprehensively.Well done to all involved . 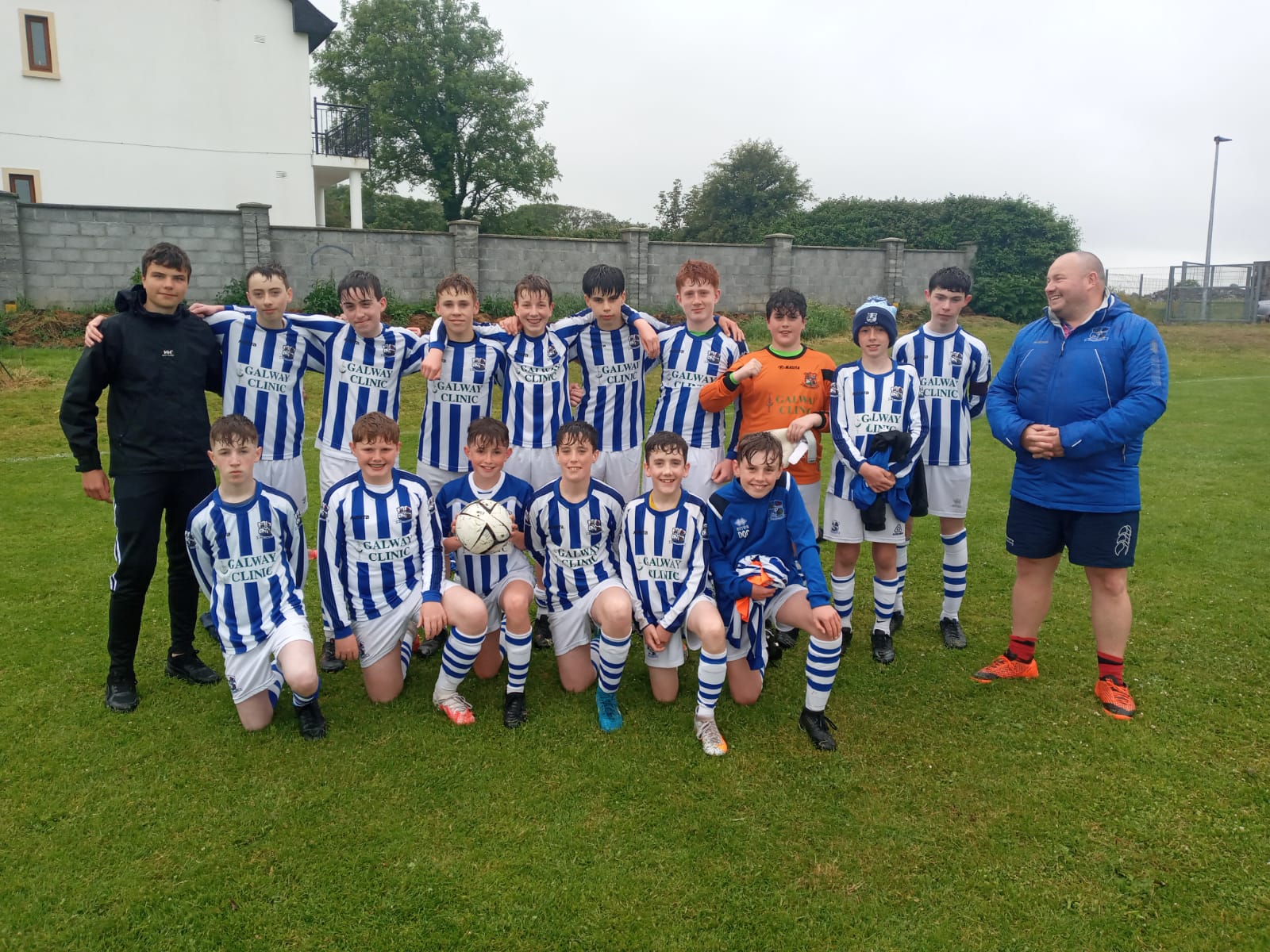 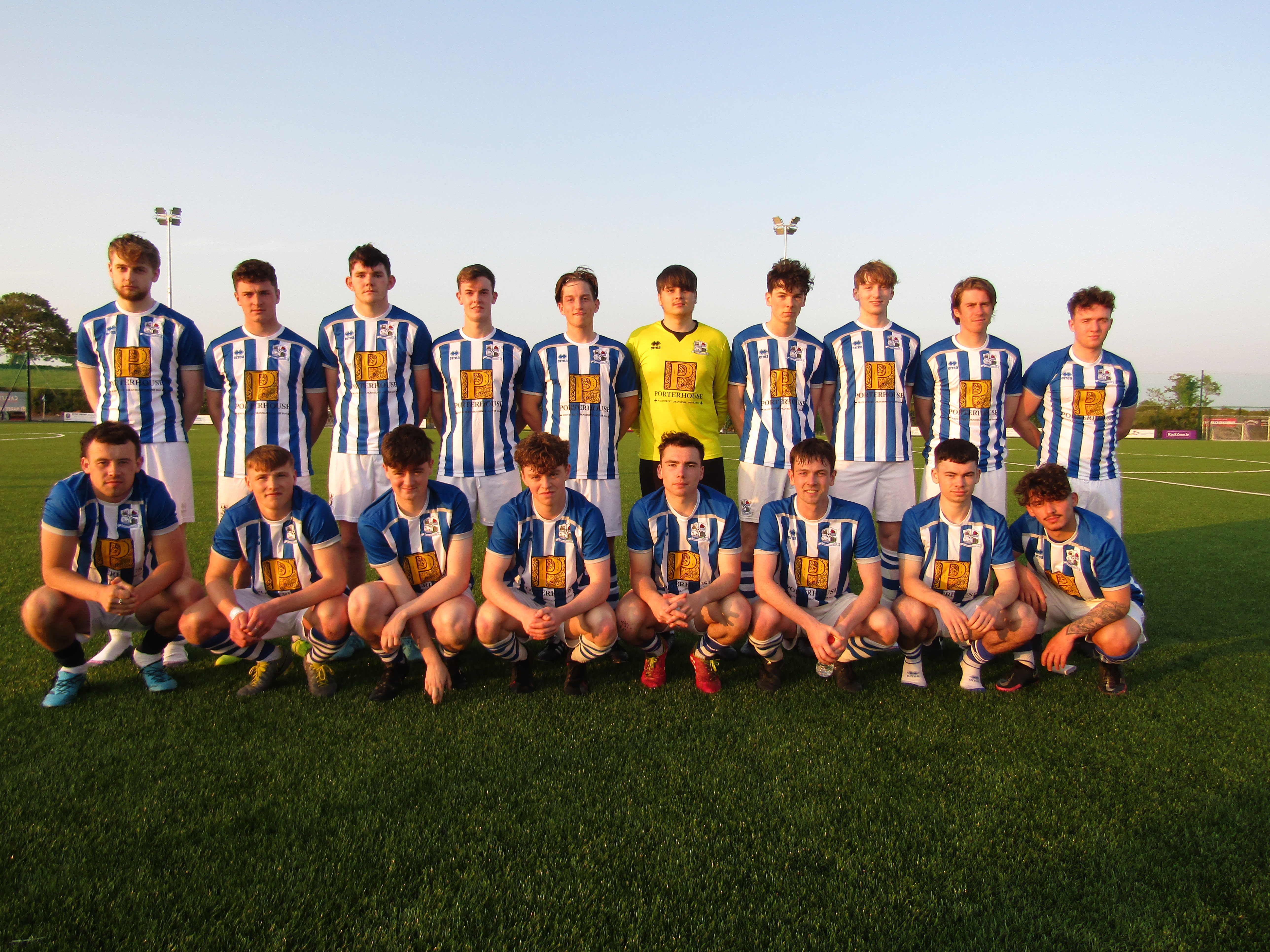 The u16 Premier Boys played very well at home last Sunday to defeat a strong Knocknacarra fc side on a narrow 1-0 win with Ryan O Donnell getting the winner. 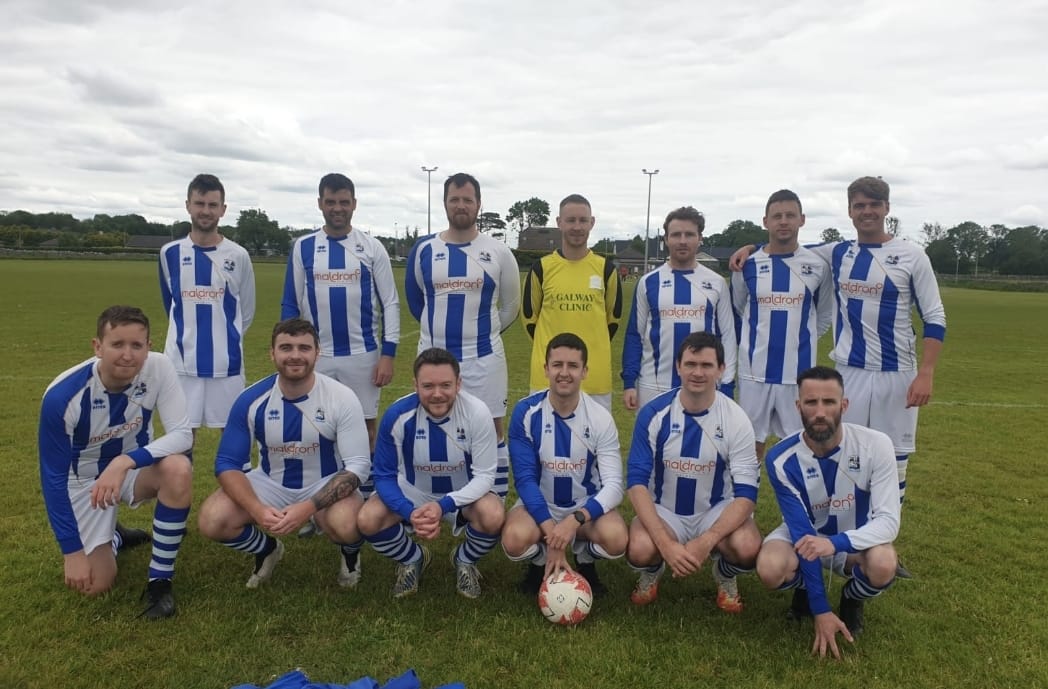 The Adult Division 3 side had a fine 3-1 win on Saturday against Cregmore/Claregalway with Matt Roache,Brian O Connell and Steve Matthews netting for a side doing well under the management of Hugh O Neill.

The u17 boys will be very happy midweek defeating Galway Hibernians 3-1 with Rowan Allan getting a brace and Oscar Seeker getting one.

The u18 Premier lads played on Sunday against a good Colga fc side with a share of the spoils being the outcome with Sip Nkosi getting a late equaliser.This side play their next game Thursday night in the Premier League at home to Cregmore/Claregalway.The u10 and u11 boys are progressing very well in their respective Galway Cups,the u10s played Knocknacarra fc at home and Kinvara Utd away and did very well. 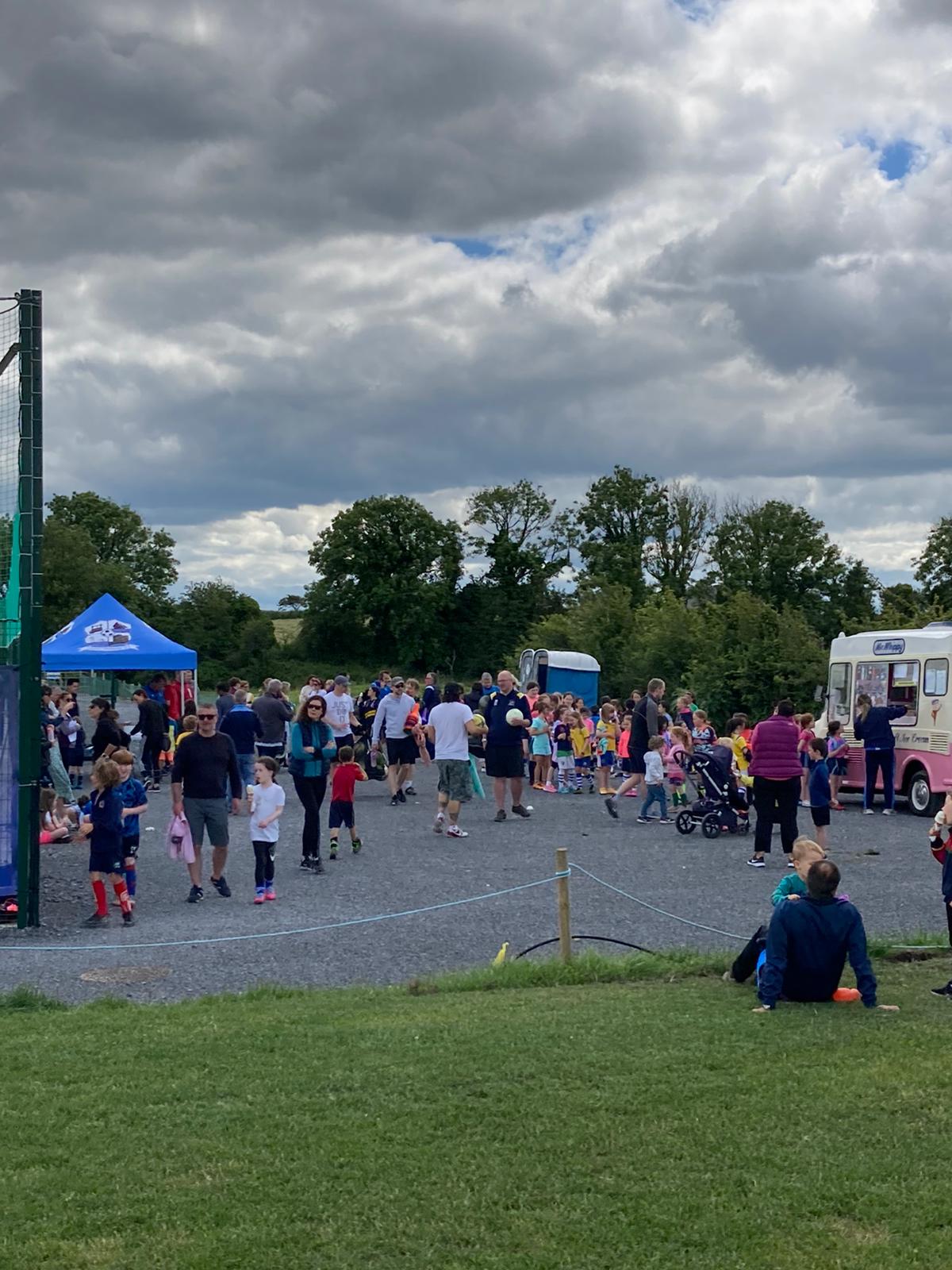 The Brampton Academy for our younger players from u6 to u10 concluded in lovely sunshine for the season last Saturday with teams playing blitzes in both Maree and Oranmore.The u7 boys hosted Colga fc and Craughwell Utd while the u9 boys hosted Knocknacarra fc while all other groups played a series of mini blitzes with large crowds in attendance.All the kids last Saturday received Americano ice cream after their mini games on Saturday.Thanks to all our club volunteers who keep this very important and large section of our club operational and thriving.410 ice creams were distributed compliments of Maree/Oranmore fc. We will be taking registrations from mid July onwards with Academy Action to resume in early September.

Best wishes to Club keeper coach Robert Hannan who has set up RH GK coaching for aspiring keepers in soccer and gaelic football.Our keeper training for this season will conclude this week and we are indeed very grateful to Robert for all his hard work not just with keepers but also with our Adult Premier squad as they battle it out in the top tier.

We wish all our competitive teams the very best as they play games in the one round League up to July 18th or a little after.