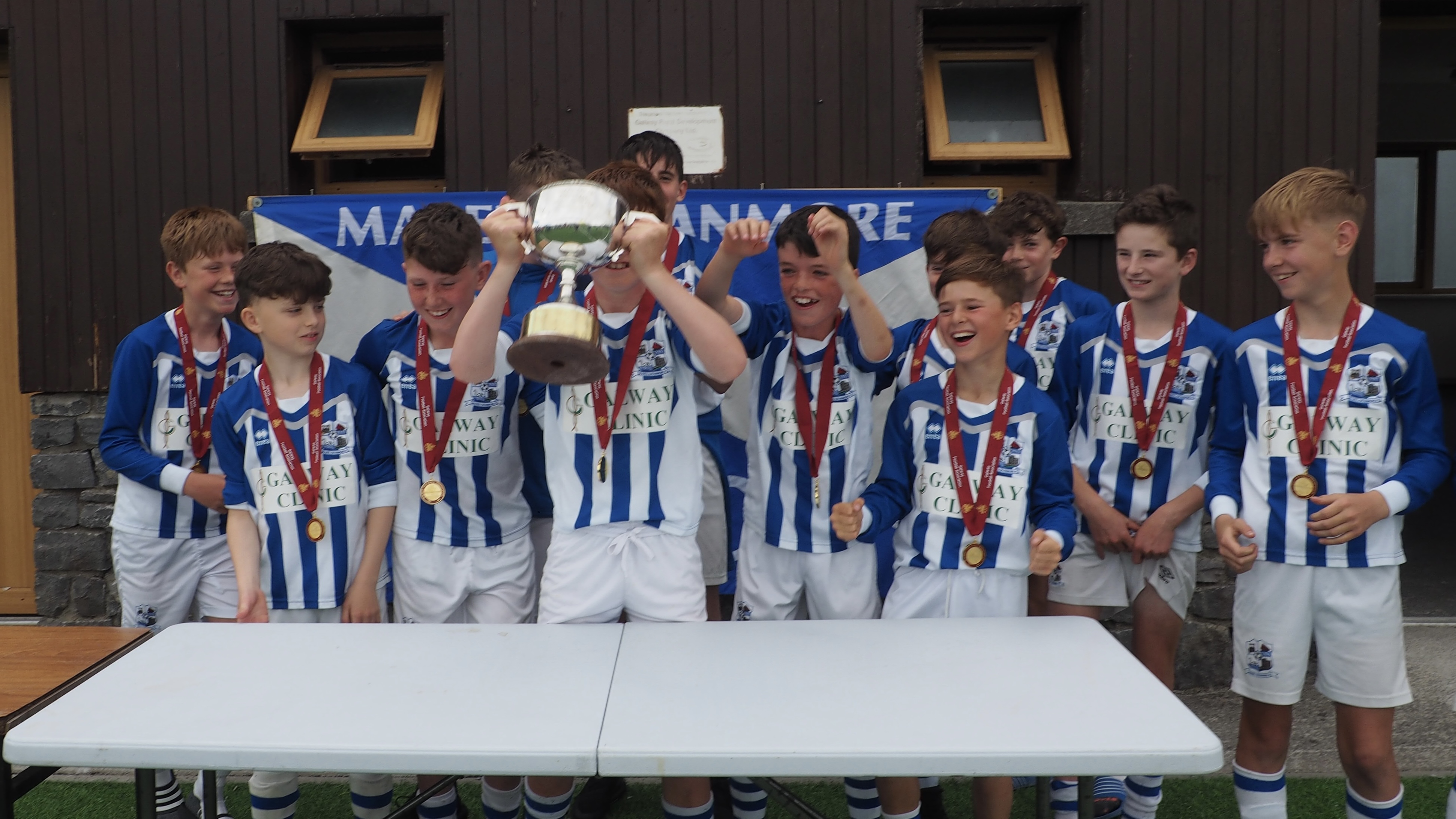 An excellent past week for our community based soccer club Maree/Oranmore fc as a number of our club sides attempt to complete their one round Leagues in the Galway and District Football League.The first piece of silverware arrived for Maree/Oranmore fc when the u12 Premier boys side won the u12 premier League for the first time since 2013 when they pipped nearest rivals Colga fc and Salthill Devon on Saturday last.A 4-2 away win in Cappagh Park v Knocknacarra fc and other results going their way saw the prized silverware secured.A brace from Mark Burke and Cian Mannion did the business on Saurday.Great credit to the management team of Mike Burke and Frank Mannion who put countless hours into this group.The Cup was presented to our winning captain Aaron Hanrahan by Galway FA reps Geraldine Treacy and Terry Lee after the game in Oranmore on Saturday last. 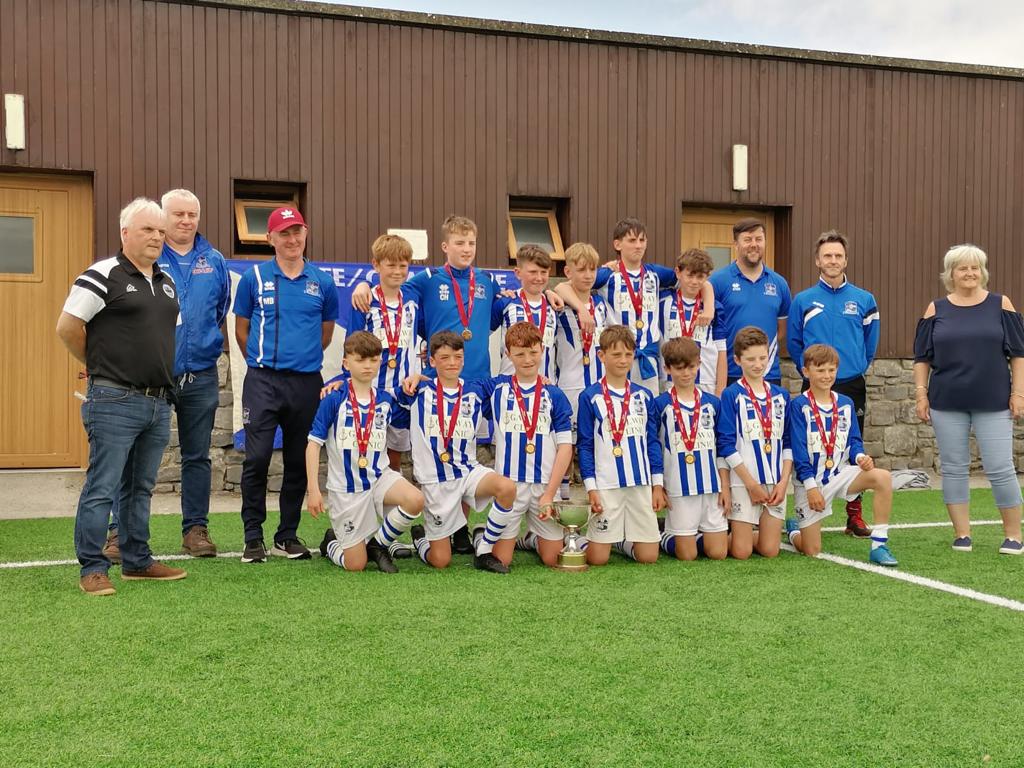 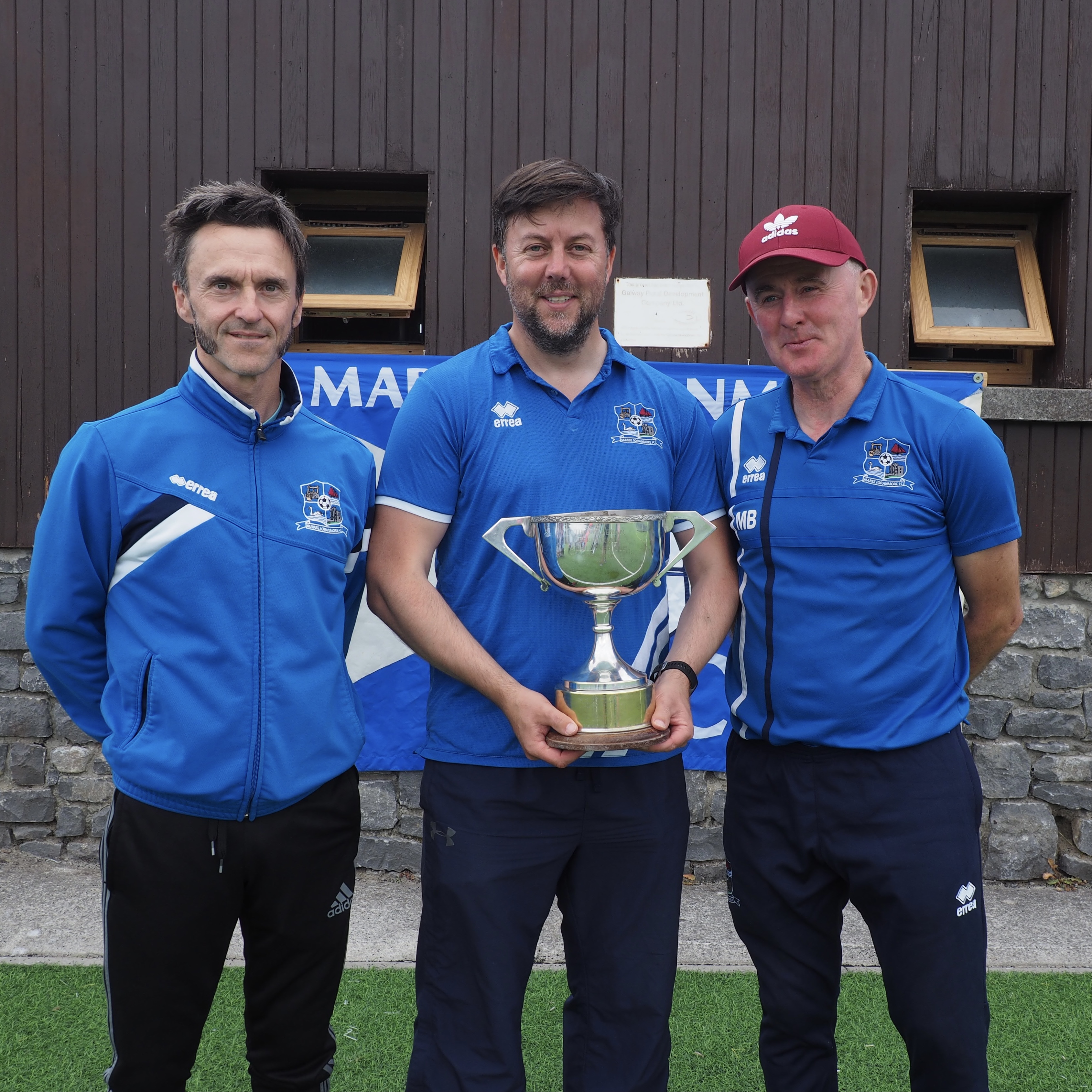 Not so fortunate were the u13 Premier squad last Friday night who needed a win to secure the coveted u13 Premier trophy but a tired looking squad who played on four consecutive days prior to the game in a variety of codes went down 3-1 to a very good Athenry fc side.Maree/Oranmore fc would like to thank the management team of Noel Carroll,Philip Smith,Adrian Brosnahan and Barry Goodwin for all their hard work and to the entire squad who acquitted themselves so well. 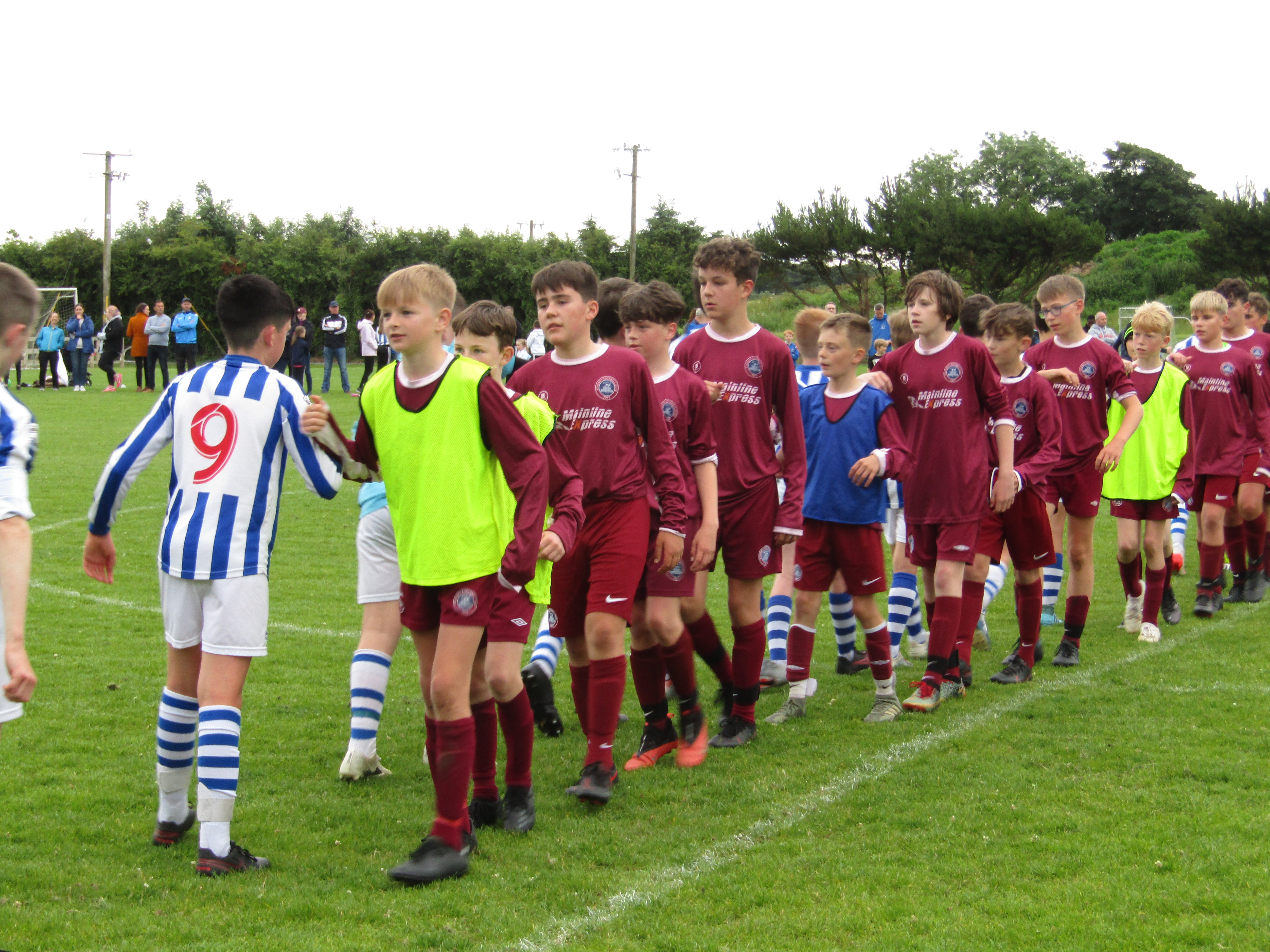 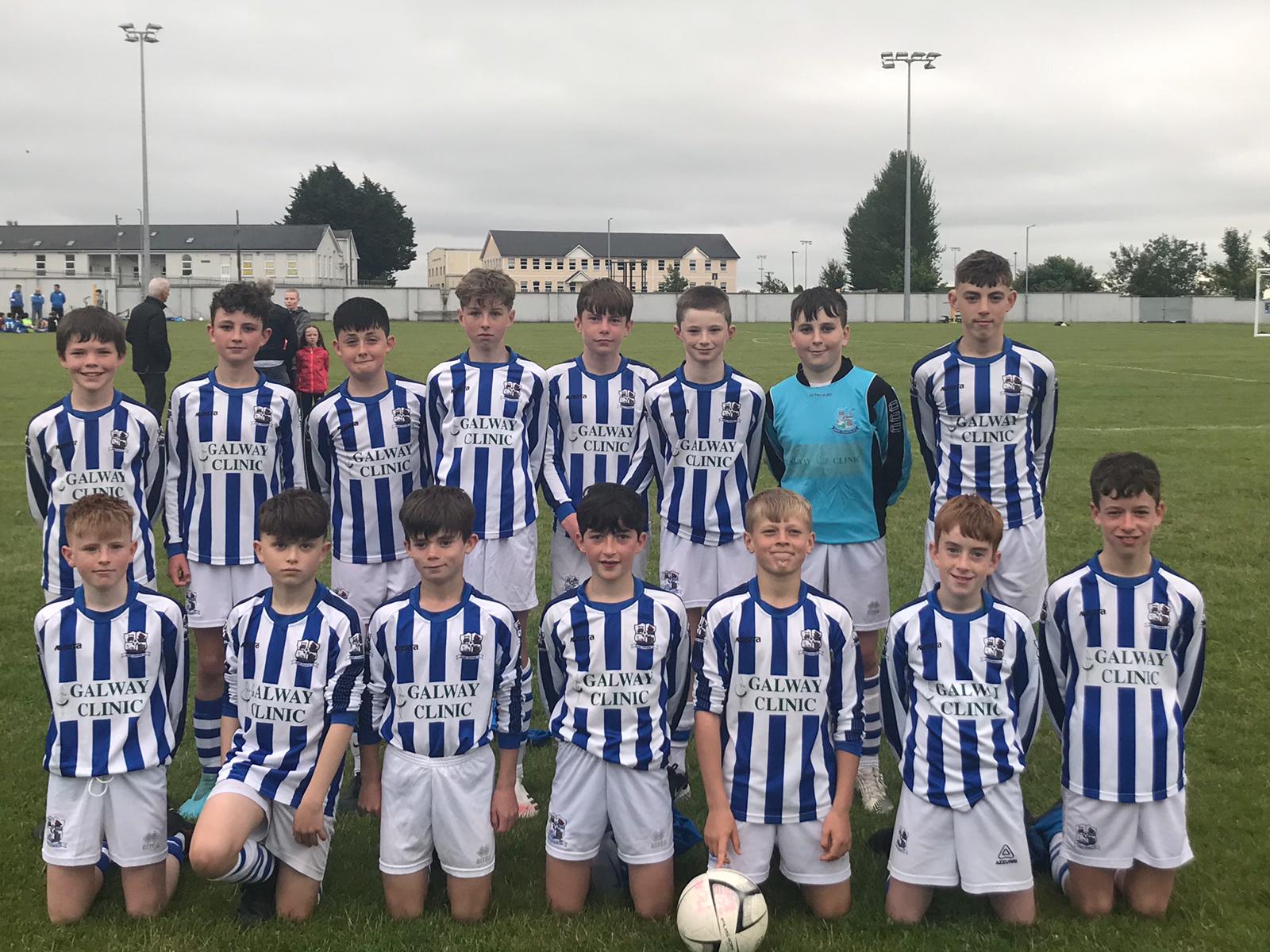 The u14 Premier boys wrapped up their season with a comfortable win on Sunday v Galway Hibs while the u16 Premier lads went down to a late penalty v Tuam Celtic who won the u16 Premier League.The u17 boys midweek drew 2-2 with Moyne Villa with Seamie Fallon netting a brace.The u17 boys at the time of writing have 3 games left against Bearna Na Forbacha,St Bernards and Renmore afc.It has been a good season for them.

The u18 Premier side had an early start Saturday morning against a good Athenry fc side in Athenry and came away with a narrow 3-2 win with strikes from Conal Doyle,Thomas Pierce and Ciaran Black.They have two games left a mid week decider v Mervue and against Tuam Celtic on Sunday.The u15 Premier boys midweek had a smashing 2-1 away victory againt Tuam Celtic with Eanna Costello notching a brace.

At Adult Level The Premier mens side had a 4-3 win against St Bernards in Abbeyknockmoy on Saturday morning which sets them up for a crucial away game Wedneday night v Corrib Ragers.Goals from Eoghan Mc Donagh,Malachy Black and a brace from Liam Mc Donagh gave the lads a deserved win against a strong St Bernards side.

The adult Div 3 side won again v Loughrea and have finished their League campaign finishing a credible fourth in the table,indeed they won seven of their last eight games.A fair achievement for Hugh O Neill and Dara Murphys charges.Miweek the Adult reserve side lost with the last kick of the game,3-2 against Tuam Celtic with Jason Meehan and the versatile Wes Coyne netting.

The u21 men are progressing well,last Monday night against a good Athenry fc side the Maree/Oranmore lads won 3-1 with goals from Eoghan and Oisin Lyons and Eddie Balla.They have 2 games left Friday night v Tuam Celtic and Salthill Devon.

Good results for our u12 championship and u19 girls,the u12 girls had a good home win v Oughterard afc with braces from Sarah Mc Cluskey,Arabella Fallon and Sophie Carroll while the u19 girls on Sunday beat a good Knocknacarra fc side 2-1 with an og and a neat finish from Ailbhe Doyle determining the outcome. 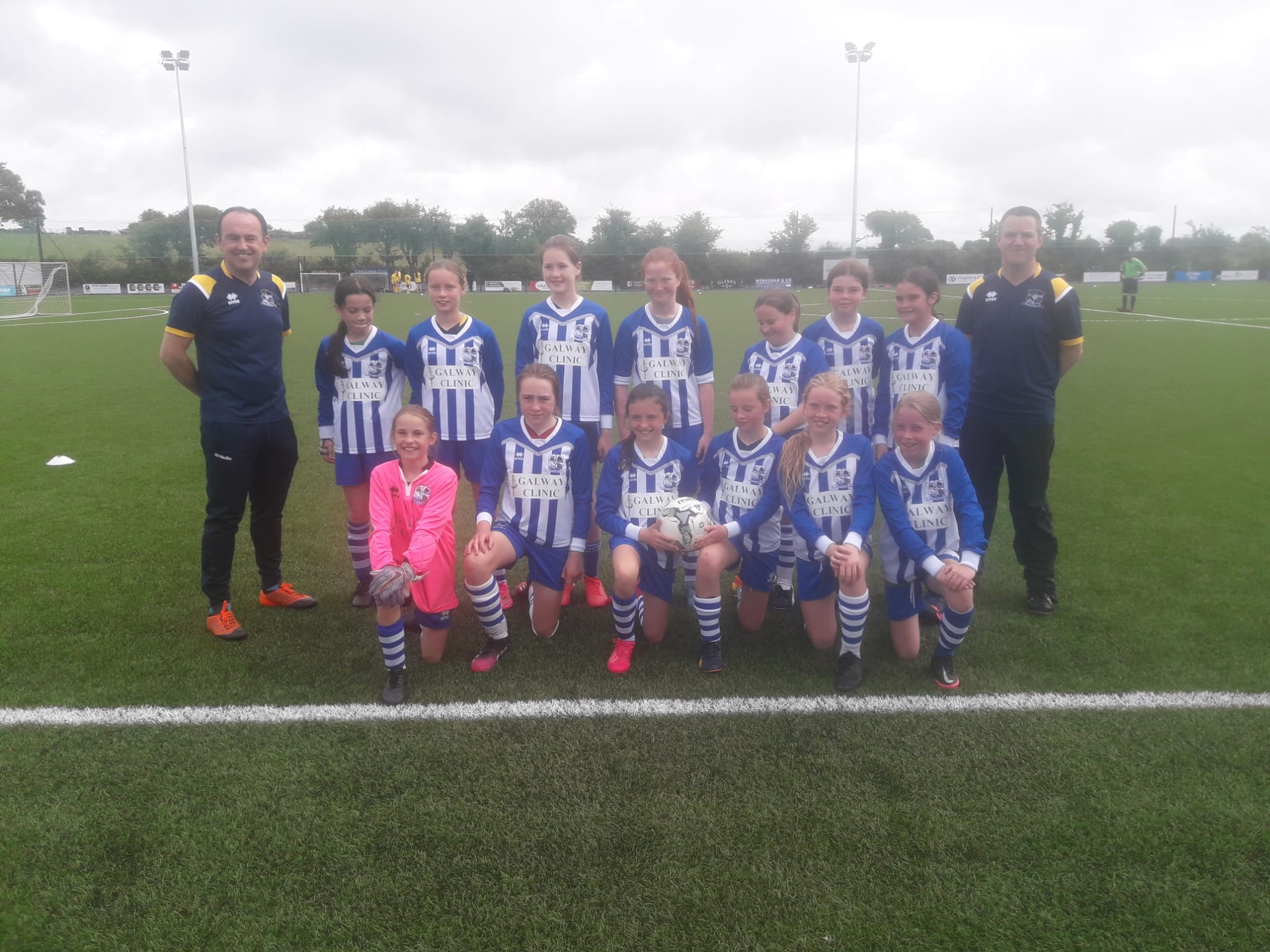 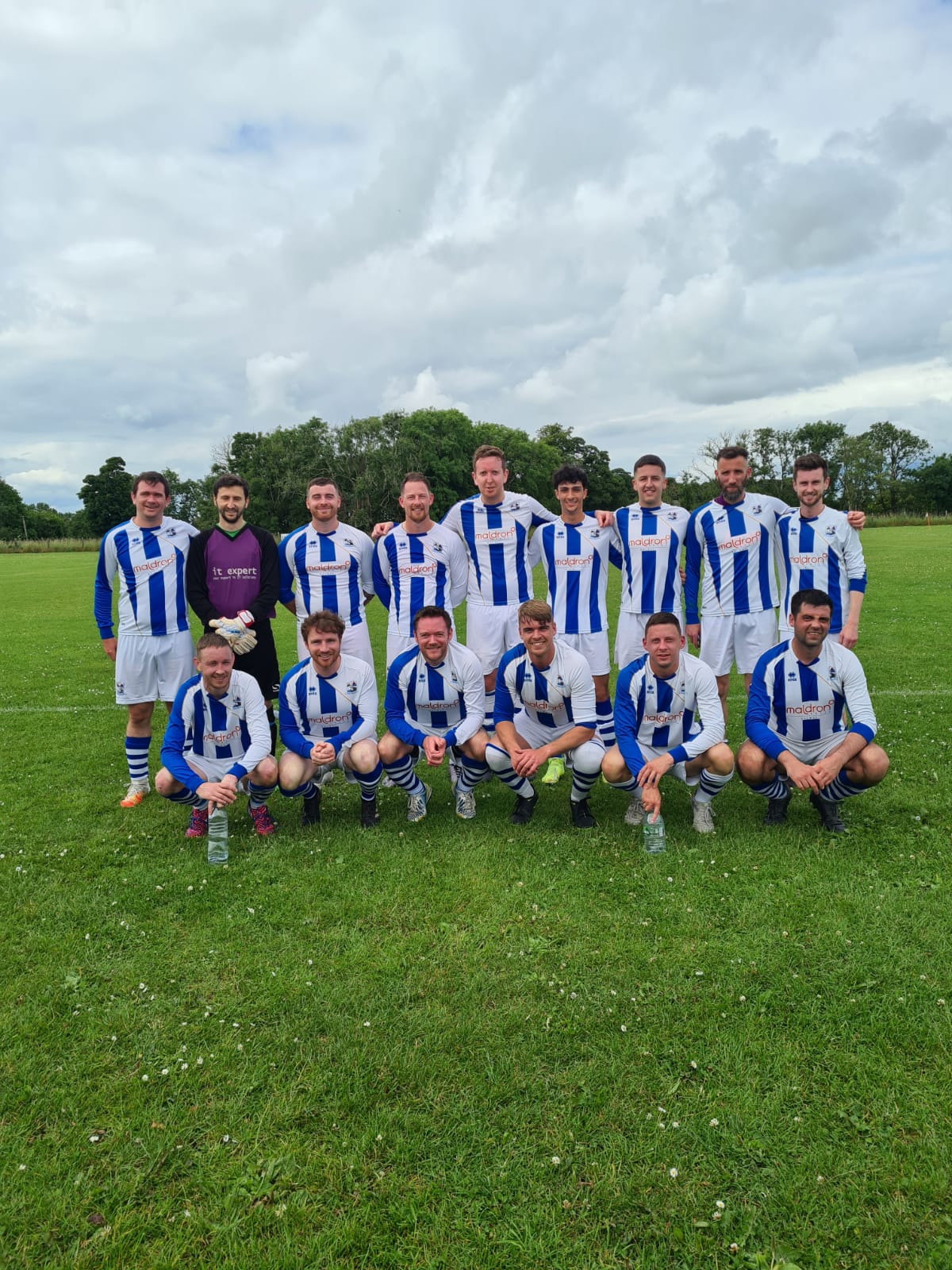 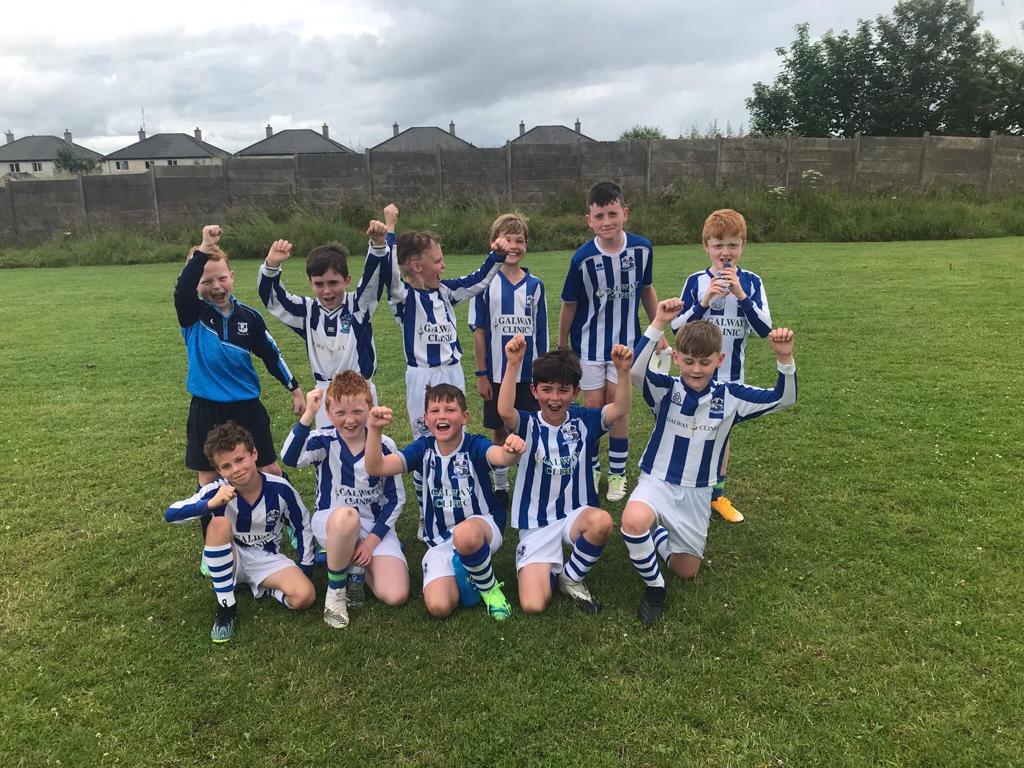 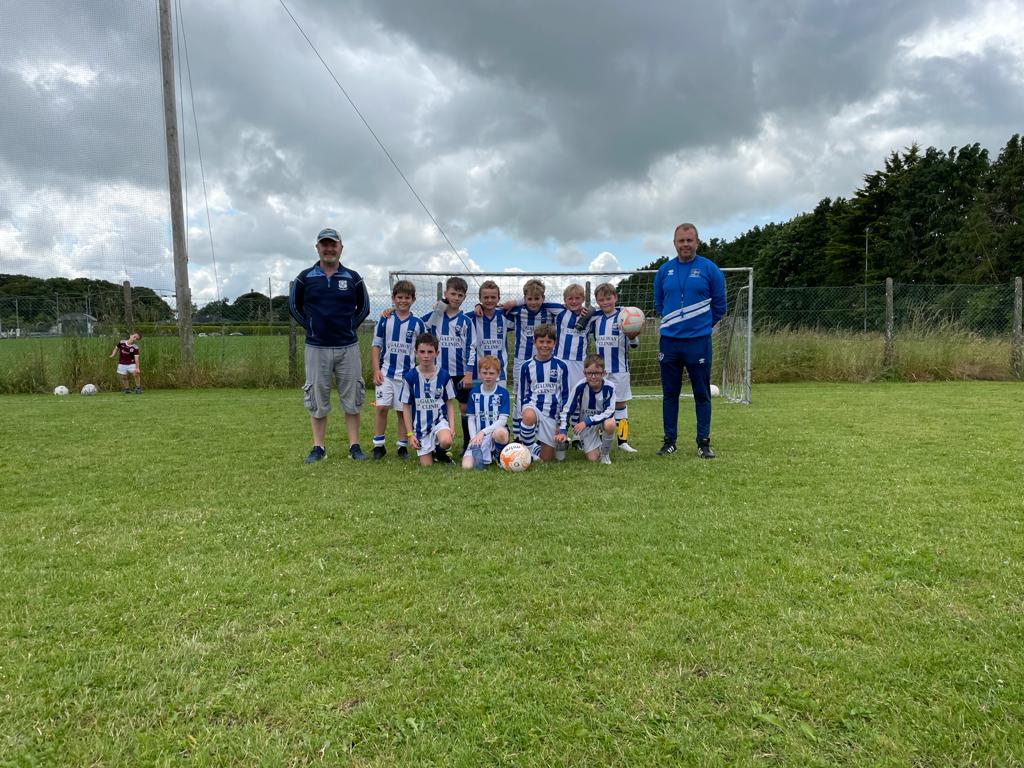 The u10 boys in the Galway Cup played Athenry fc away and did very well.

The first of our club hosted FAI Summer Soccer Schools is taking place this week on Caulfield Park 4g pitch,Maree,our second FAI camp commences on July 26th while our club camp commences on Monday August 12th.All camps have been a sellout.